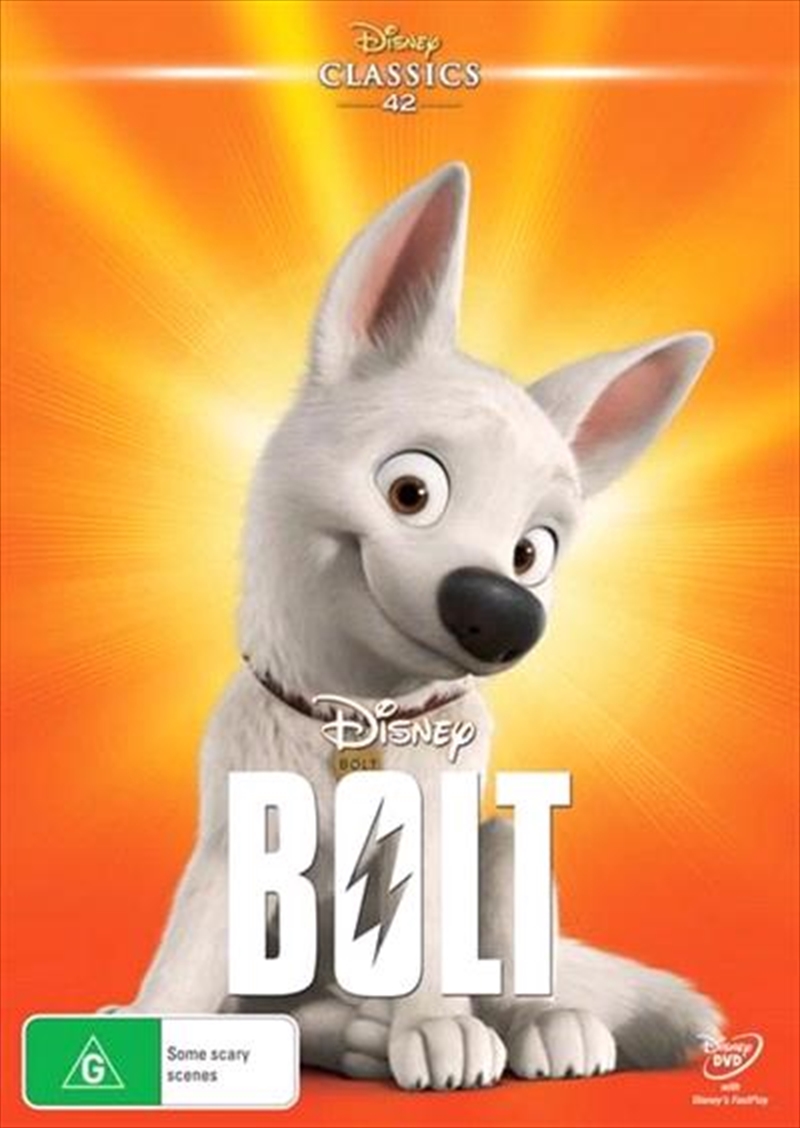 Shipping - See delivery options.
Postcode:
Quantity:
SEE MORE IN:
Miley Cyrus 3 for $30 Movies & More Disney Movie Classics
DESCRIPTION
Let it begin! Get ready for the most totally awesome adventure ever as Bolt, the coolest action hero on earth, and me, Rhino, his faithful partner and right-hand hamster, set off on a super secret mission! As one half of the Dynamic Duo, I'll let you in on the action. One day I'm watching Bolt on TV, and the next thing I know I'm working alongside my all- time favourite hero in stealth mode! We have to make it all the way from New York City to Hollywood to defeat the forces of evil and save the lovely Miss Penny from ultimate peril. But don't worry - armed with Bolt's "Super-Bark" and my rolling ball of thunder, we're ready for anything. You won't believe the high-flying, death-defying stunts we have to pull off along the way. Watch us in action as we unleash the power. It's awesome. No, it's beyond awesome. It's BE-awesome! There's danger at every turn, but with Bolt at my side I fear nothing. I FEEL ALIVE!
TRAILER
DETAILS