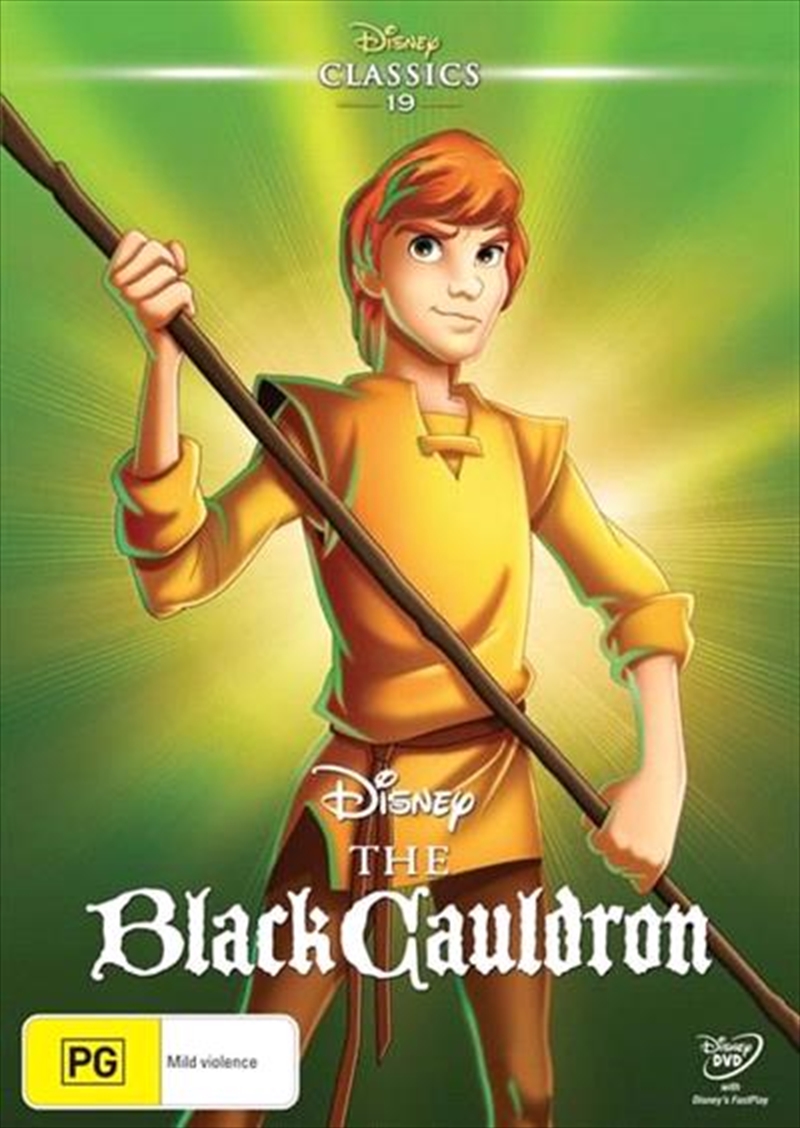 Disney's 25th full-length animated classic, The Black Cauldron, fills the screen with magic and wonder. This fun-filled tale of heroism overflows with colourful characters, trail-blazing animation and non-stop action.
In the mystical land of Prydain, Taran, a young boy who dreams of a future as an invincible warrior, finds himself leading a real-life quest. In a race against the evil Horned King, Taran must be the first to find the mysterious Black Cauldron, or the Horned King will unleash its power and take over the world. With the help of a magic sword, an enchanting princess, an adorable clairvoyant pig and a furry little creature named Gurgi, Taran overcomes winged dragons, the King's monstrous henchmen, three batty witches and more - and learns nothing is as powerful as courage and friendship.
TRAILER
DETAILS