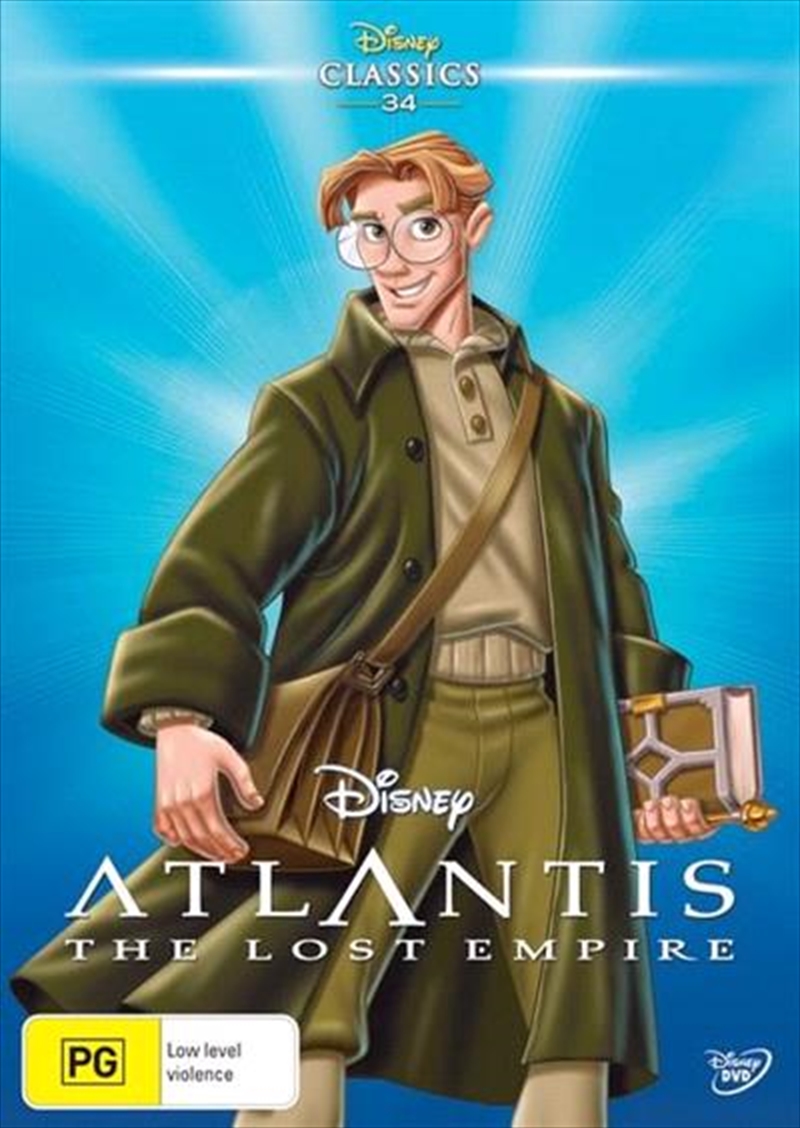 Shipping - See delivery options.
Postcode:
Quantity:
SEE MORE IN:
Disney Movie Classics 2 for $20 Movies & More 2 For $20 Family
Set your course for the adventure of a lifetime as Disney unlocks the mystery to the legendary lost empire of Atlantis in this thrilling, imaginative animated epic!Driven to find the sunken mythical kingdom, a young adventurer named Milo discovers an ancient journal with clues to its hidden location. Along with a skilled yet quirky group of explorers led by the confident Commander Rourke, Milo boards the Ulysses, an amazing state-of-the-art submarine, for a risky expedition to the bottom of the sea. There, they discover a lost continent of supreme technology, mystical power and priceless riches. But when a surprise takeover plot surfaces, Milo's mission switches from finding Atlantis...to saving it. Stunning effects and a heroic story filled with wonder and laughs makes ATLANTIS: THE LOST EMPIRE a voyage worth taking over and over again!