A Little Something More From 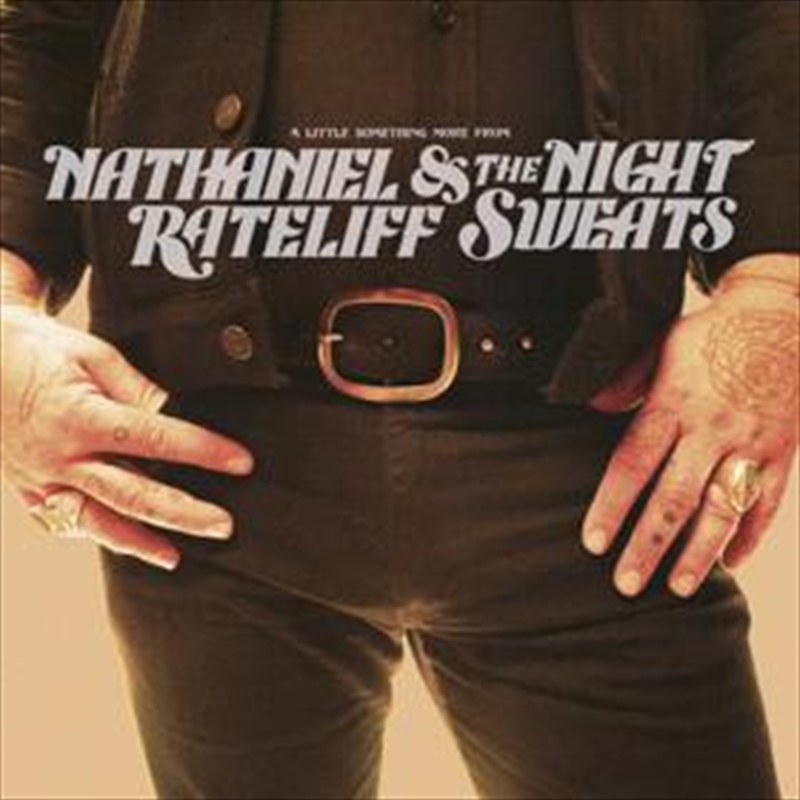 A Little Something More From

Shipping - See delivery options.
Postcode:
Quantity:
SEE MORE IN:
2 for $40 Music Nathaniel Rateliff
Global soul sensations, Nathaniel Rateliff & The Night Sweats are set to release a new EP on 21st October. Featuring a combination of new tracks and live favourites, the 8 track collection marks the end of what has been a phenomenal 18 months for the Night Sweats. A sold out show at the 9500 capacity Red Rocks Arena in their hometown of Denver, Colorado, TV appearances on Jimmy Fallon, The Late Show with Stephen Colbert., TFI Friday, Later With Jools Holland amongst others has ensured the meteoric rise of one of the most exciting live bands around. To add to this, their eponymous debut album has now sold 650,000 copies worldwide. This summer has seen the band playing festivals across the world, at which lead single ‘Out On The Weekend’ (available now) has fast become a live favourite. Rateliff’s inimitable vocal roars over an irresistible, classic soul groove which is complimented with joyous brass, building into an unforgettable chorus. Amongst the upbeat anthems, all marked with Rateliff’s winning combination of soul and classic Americana, is ‘Just To Talk To You’, a stripped back, blues gem of a track. Reminiscent of 2010’s solo album ‘In Memory of Loss’, the slide guitar and warm, gentle vocal glide around each other, demonstrating Rateliff’s innate ability to make the space left in a song just as vital as the music

Title: A Little Something More From

Out On The Weekend (version 2)

Just To Talk To You

How To Make Friends

Late Night Party (out On The Weekend Version 1)