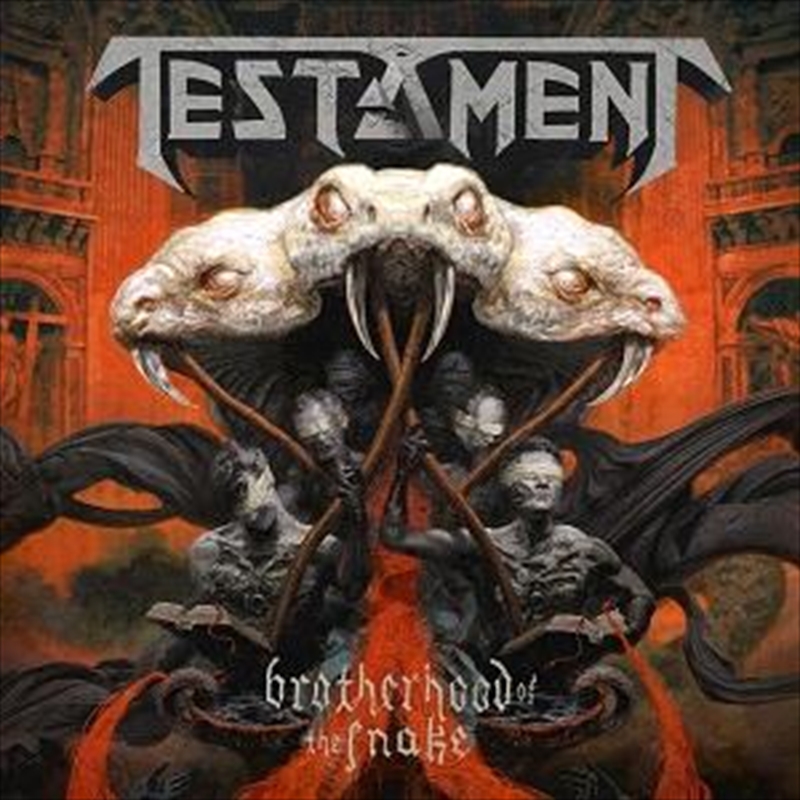 DESCRIPTION
The forbearers of thrash resemble a Lovecraftian brotherhood. They’re the elder gods who set everything in motion for generations to imitate, while still ruling the roost from on high. TESTAMENT stand proudly among the same vanguard that boasted “The Big 4” and beyond. For over three decades, the Bay Area quintet - Chuck Billy (vocals), Eric Peterson (guitars), Alex Skolnick (guitars), Steve DiGiorgio (bass), and Gene Hoglan (drums) - has consistently delivered unadulterated, unbridled, and unbreakable metal in its purest form without compromise or any signs of slowing down. Over the course of seminal releases ranging from »The Legacy« and »Practice What You Preach« to »The Gathering« and »The Formation Of Damnation«, which won “Best Album” at Metal Hammer’s 2008 Golden Gods Awards, the group’s sales exceeded 14 million worldwide with 2 million in the U.S. alone. Most recently, 2012’s critically praised »Dark Roots Of Earth« assaulted the charts, moving over 20,000 first-week copies and seizing #12 on the Billboard Top 200, the band’s highest U.S. chart bow ever. However, in 2016, TESTAMENT return with more teeth than ever on »Brotherhood Of The Snake« (Nuclear Blast). The record commences on a deadly note with the title track. A whiplash-inducing riff catapults Chuck’s unmistakable growl forward before snapping into mind-numbing leads. It’s a brutal breakneck basher on par with the band’s best. Ultimately, this »Brotherhood« remains as powerful as ever. “If a TESTAMENT fan knows our history or has followed our last couple of records, they’ll hear the progression,” says frontman Chuck Billy. “Everything is right there and in-your-face. That’s the way it should be with us.”
DETAILS

Title: Brotherhood Of The Snake

Born In A Rut