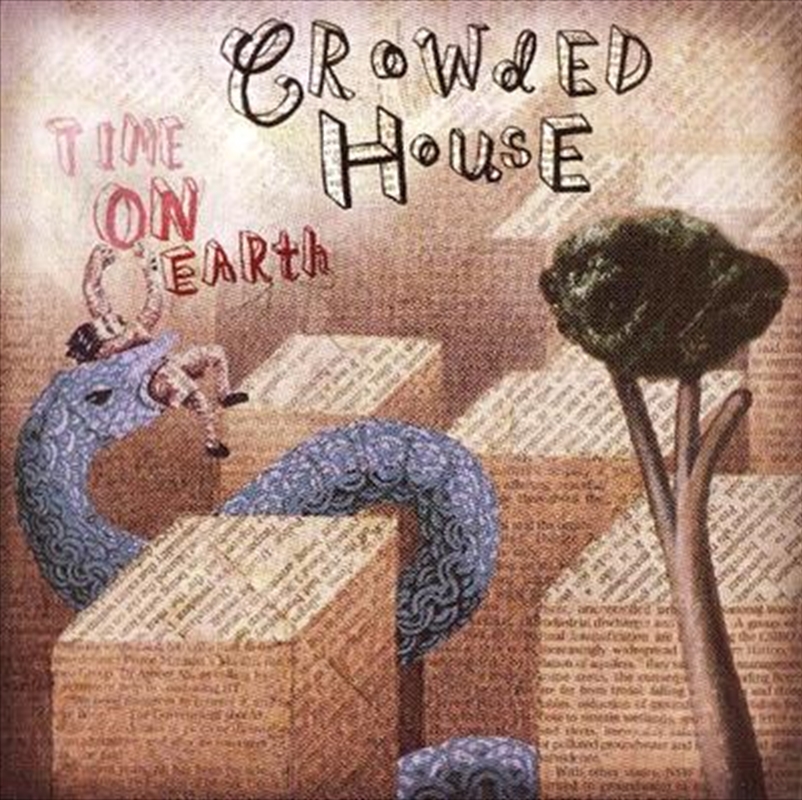 Shipping - See delivery options.
Postcode:
Quantity:
SEE MORE IN:
Crowded House
Crowded House celebrate 30 years in 2016, heralding an unprecedented re-issue program spanning their entire career, unlocking a wealth of rare material – personally selected by Neil Finn. Each of Crowded House's six studio albums (and 1999's rarities album 'Afterglow') are now available as deluxe editions. Each body of work is expanded to include previously unreleased studio recordings, home demos, live tracks, b-sides and other rarities. The albums will be presented in 'fan-deluxe' format (slipcase, 4 panel flexitray), housing the discs and a beautiful 36 page book. Time On Earth was Crowded House’s fifth studio album, released in 2007, eleven years after their initial disbandment. Upon release, Time On Earth saw instant universal critical acclaim, including glowing reviews from Pitchfork, AllMusic, Uncut and The A.V Club. Within its first week of release, Time On Earth received Platinum Status in Australia. Time On Earth produced three singles: “Don’t Stop Now”, “She Called Up” and “Pour Le Monde”. The news of the deluxe re-issues is accompanied by the announcement of Crowded House being inducted into the ARIA Hall of Fame. Crowded House will also be performing four sold-out performances at the Sydney Opera House to coincide with the re-issues. These concerts echo the band’s famous 1996 Farewell to the World show at the Sydney Opera House steps, which is widely considered one of the greatest shows to ever be staged on Australian soil.

You Are The One To Make Me Cry

Walked Her Way Down

You Are The One To Make Me Cry

She Called Up (home Demo)

Stare Me Out (alternative Version)