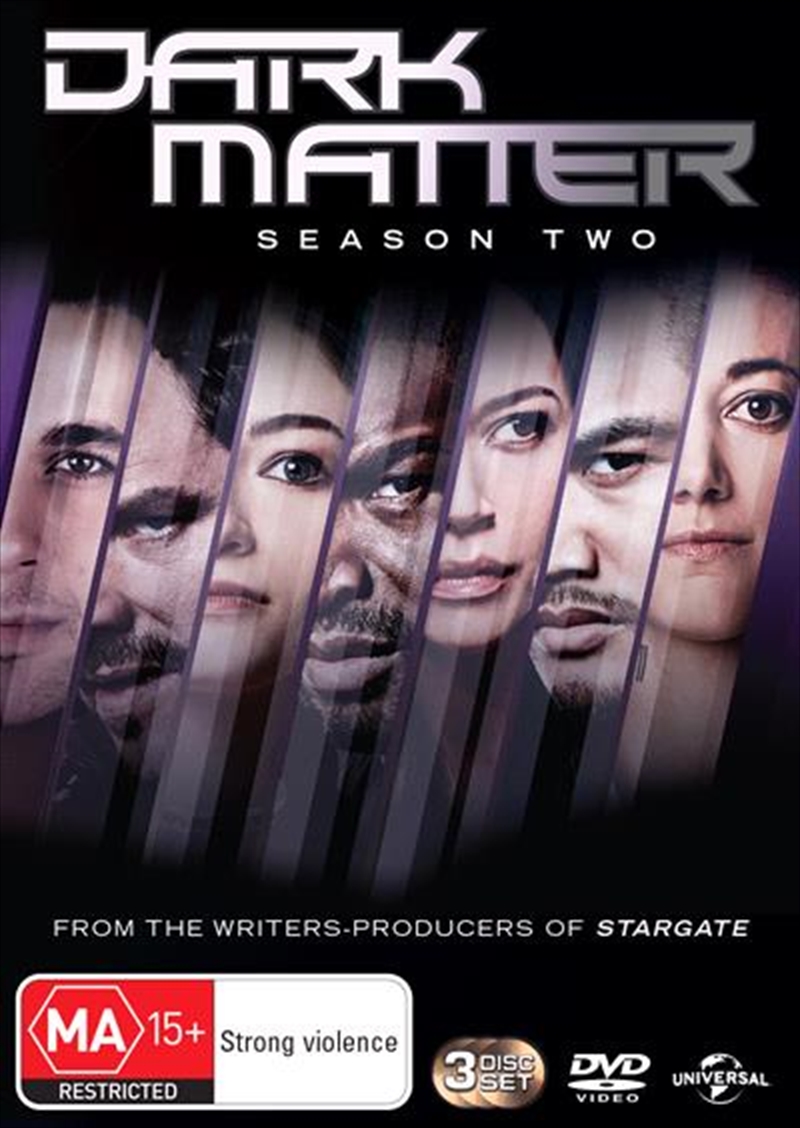 Shipping - See delivery options.
Postcode:
Quantity:
SEE MORE IN:
2 for $40 TV All 2 for $40
DESCRIPTION
In DARK MATTER, the crew of a derelict spaceship awakens with no memories of who they are or how they got there. Facing threats at every turn, they have to work together to survive a voyage fueled by vengeance, betrayal and hidden secrets. In season 2, the crew of the Raza becomes embroiled in an intergalactic conspiracy, seeking a mysterious device that may hold the key to victory in a looming all-out corporate war. Created by Joseph Mallozzi and Paul Mullie, executive producers and writers of the Stargate franchise, DARK MATTER stars Marc Bendavid (One), Melissa ONeil (Two), Anthony Lemke (Three), Alex Mallari Jr. (Four), Jodelle Ferland (Five), Roger Cross (Six) and Zoie Palmer (The Android).
DETAILS