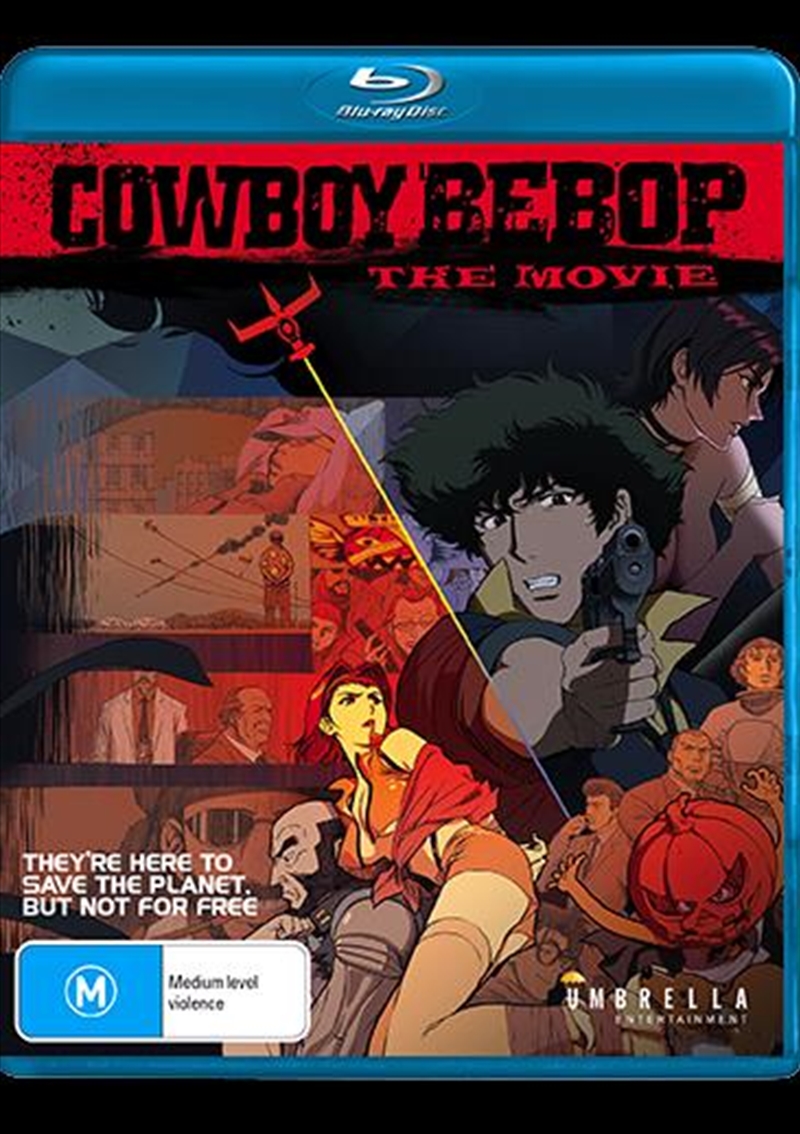 DESCRIPTION
The year is 2071. When villains blow up a tanker truck on Highway One, a deadly virus is released, killing hundreds of innocent people. This is merely the beginning of a greater threat to human kind and, fearing a more devastating biochemical attack, a significant reward is offered for the successful capture and arrest of the evil culprits.Bored with their current situation Spike and his rag-tag crew of bounty hunters aboard the Spaceship Bebop accept the challenge wholeheartedly determined to track down the bad guys one way or another and cash in their reward. Ahead of them is an adventure like nothing they have ever imagined.A cult spin-off from the successful Manga TV series, brought to life by the famed Japanese Sunrise Animation Studios, Cowboy Bebop: The Movie is an electrifying full-tilt trip into a vast, colourful and dangerous galaxy.
TRAILER
DETAILS