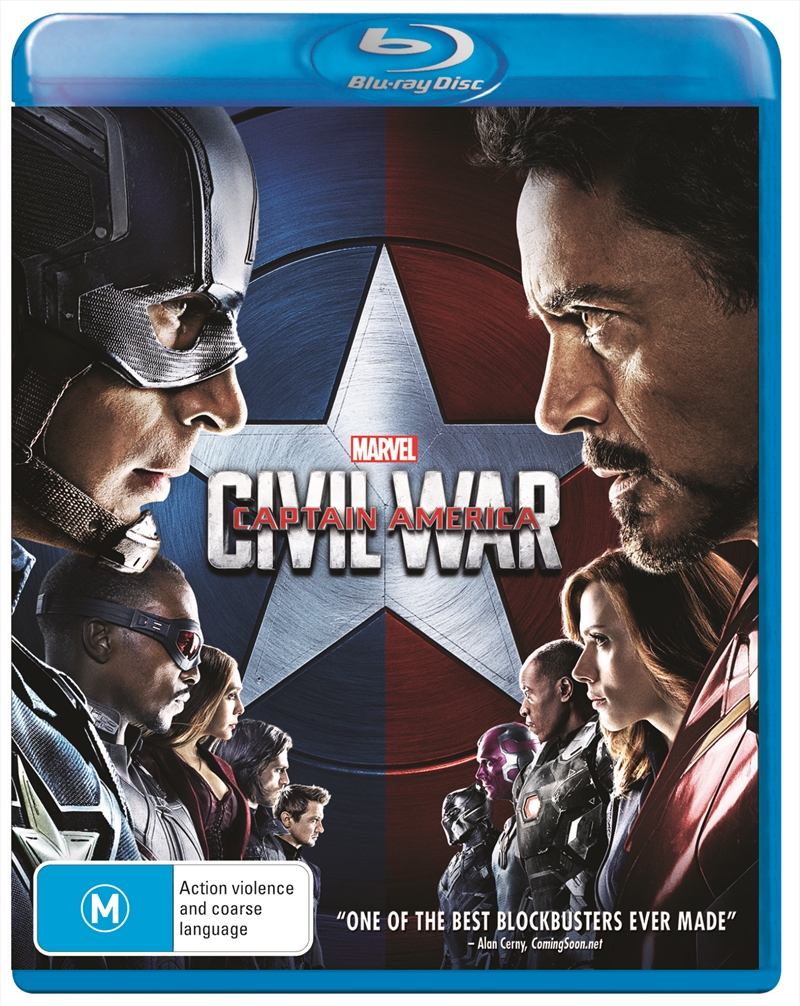 Captain America: Civil War picks up where Avengers: Age of Ultron left off, as Steve Rogers leads the new team of Avengers in their continued efforts to safeguard humanity. After another international incident involving the Avengers results in collateral damage, political pressure mounts to install a system of accountability and a governing body to determine when to enlist the services of the team. The new status quo fractures the Avengers while they try to protect the world from a new and nefarious villain.

The ultimate showdown between Captain America and Iron Man and everyone in between! More of an Avengers 2.5 than a Captain America movie, this one is definitely one of my favourites in the MCU. The intensity of the action is amplified, the emotional reasoning of the individual characters is honest and compelling and that 40 minute airport battle was extremely satisfying. I absolutely recommend this one whether your a comic book fan or not.