Every Night's a Saturday Night 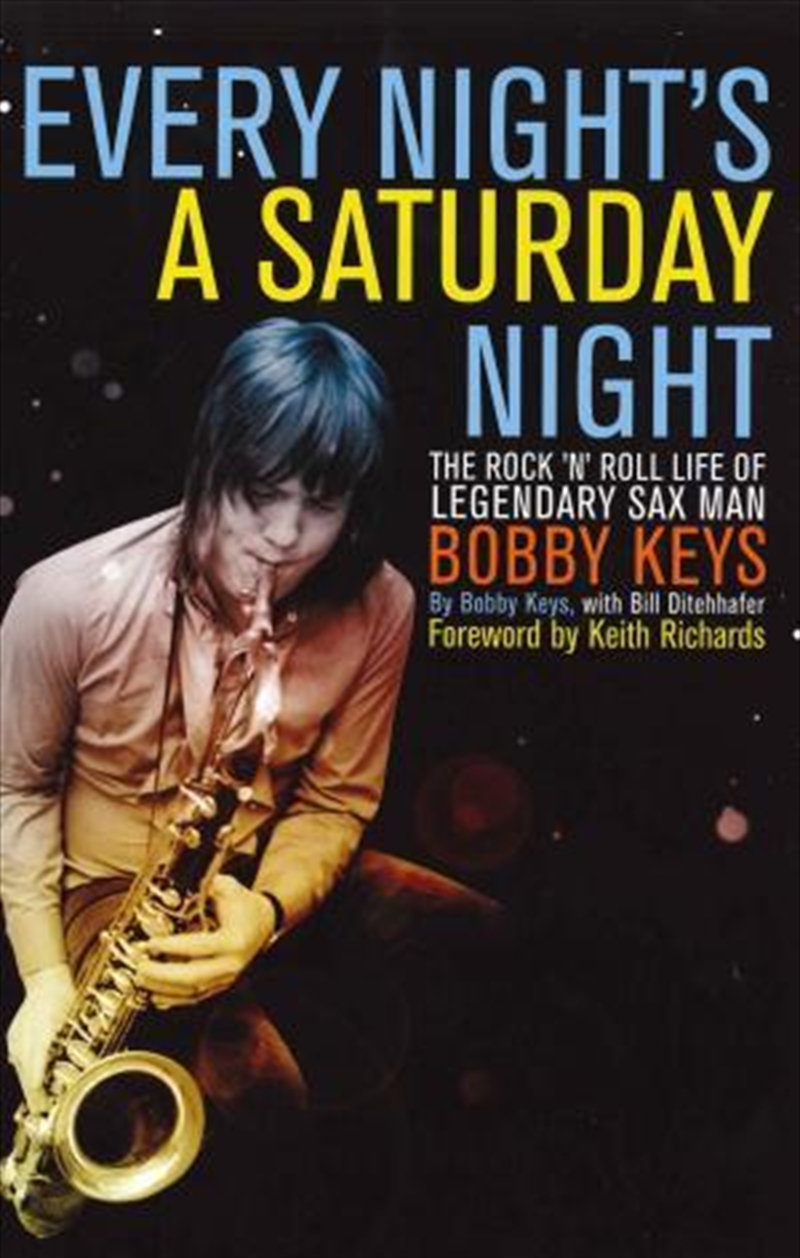 Every Night's a Saturday Night

Shipping - See delivery options.
Postcode:
Quantity:
SEE MORE IN:
Books About Music & Entertainment
Bobby Keys has lived the kind of like that qualifies as a rock 'n' roll folktale. In his early teens, Keys bribed his way into neighbour Buddy Holly's garage band rehearsals, then took up the saxophone because it was the only instrument left unclaimed in the school band. While still in his teens, he convinced his grandfather to sign his guardianship over to Crickets drummer J.I. Allison so that Keys could go on tour. Keys spent years on the road during the early days of rock 'n' roll. He was a top touring and session sax man for the likes of mad Dogs and Englishmen, George Harrison and John Lennon. In 1970 he began his gig with The Rolling Stones. Every Night's A Saturday Night finds Keys setting down the many tales of an over-the-top rock 'n' roll life in his own inimitable voice. With a foreword by Keith Richards and exclusive interviews with famous friends and fellow travellers, like Joe Cocker and Jim Keltner, Every Night's A Saturday Night paints a unique picture of the coming-of-age of rock 'n' roll itself while celebrating how Key's raw talent and outsized personality have elevated him from sideman to rock icon.

Title: Every Night's a Saturday Night