A Month Of Sundays 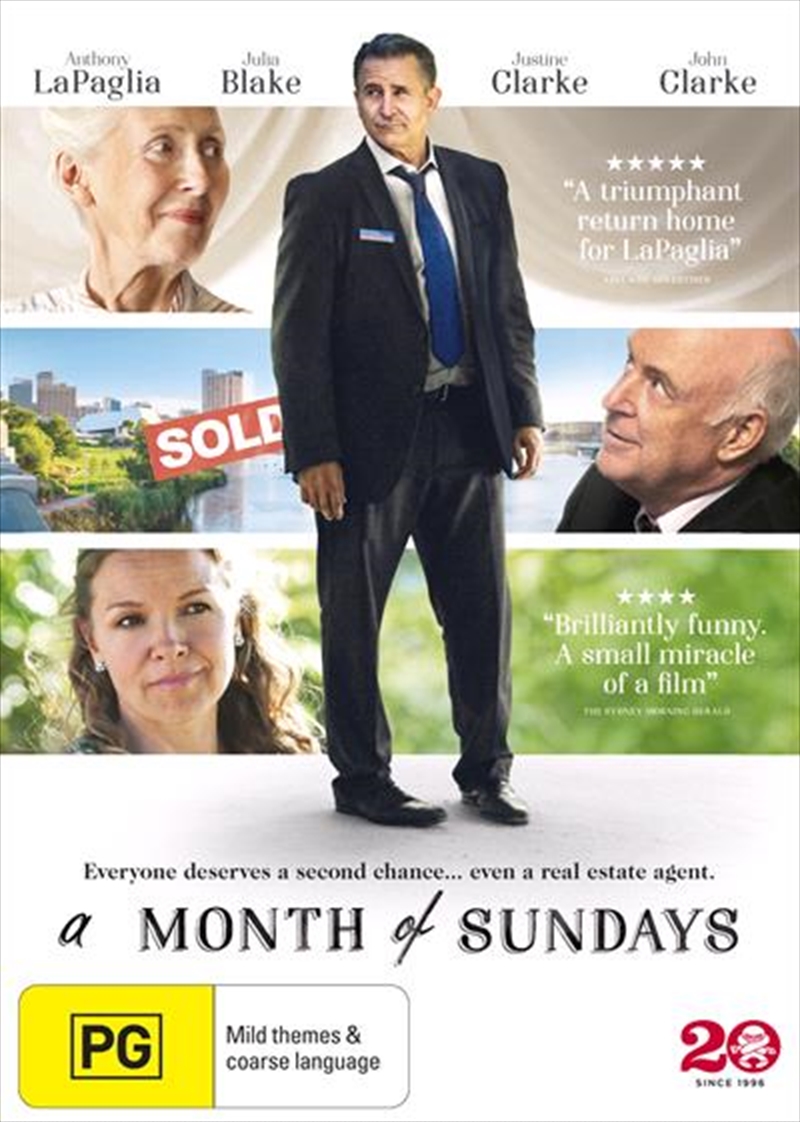 A Month Of Sundays

SEE MORE IN:
Justine Clarke
DESCRIPTION
Everyone deserves a second chance... even a real estate agent.

Real estate agent Frank Mollard won't admit it, but he can't move on. Divorced but still attached, he can't sell a house in a property boom - much less connect with his teenage son. One night Frank gets a phone call from his mother. Nothing out of the ordinary. Apart from the fact that she died a year ago. A MONTH OF SUNDAYS is about parents, children, regrets, mourning, moments of joy, houses, homes, love, work, television, Shakespeare and and jazz fusion: about ordinary people and improbable salvation. Because everyone deserves a second chance. Even a real estate agent.
TRAILER
DETAILS

Title: A Month Of Sundays