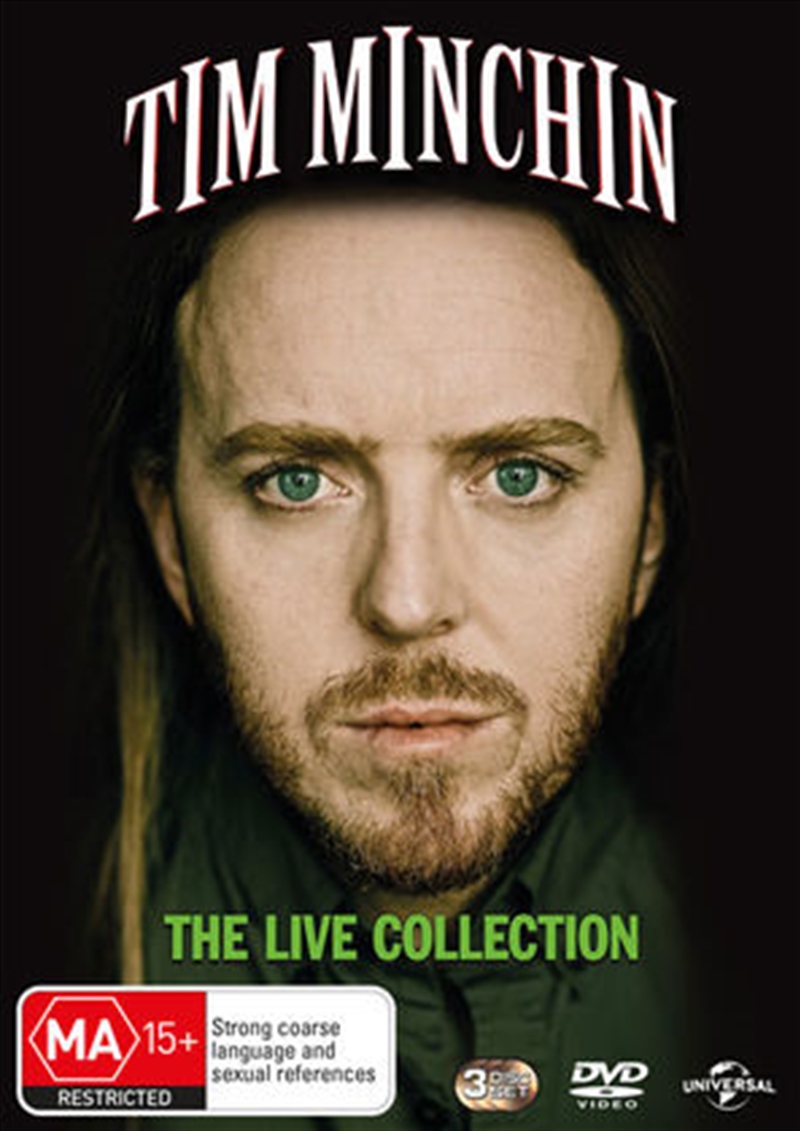 So Fking Rock
Superstar musician, comedian, writer and actor Tim brings you So F**king Rock, Live. Filmed at London’s Bloomsbury Theatre in May 2008, this massive two-hour show includes all the best bits from his critically acclaimed shows Dark Side and So Rock. On So F**king Rock you’ll find: Canvas Bags, Inflatable You, Mitsubishi Colt, F Sharp, Not Perfect, If You Really Loved Me, Angry (Feet), You Grew On Me, Dark Side and many more.

Ready For This?
In this spectacular show, recorded at London’s legendary HMV Hammersmith Apollo in October 2009, Tim confronts the pressing issues of the day: environmentalism, rationalism, prejudice(ism) and his amour de boobs(ism).

Featuring The Good Book, If I Didn’t Have You, Confessions, Bears Don’t Dig On Dancing, If You Really Loved Me, Storm, White Wine In The Sun and many more.

The concert features orchestrations of firm favourites including Not Perfect, Prejudice and Rock ‘n’ Roll Nerd, as well as new classics: Thank You God, Lullaby, Cheese, The Pope Song and many more.