I Dream of Jeannie - Season 4 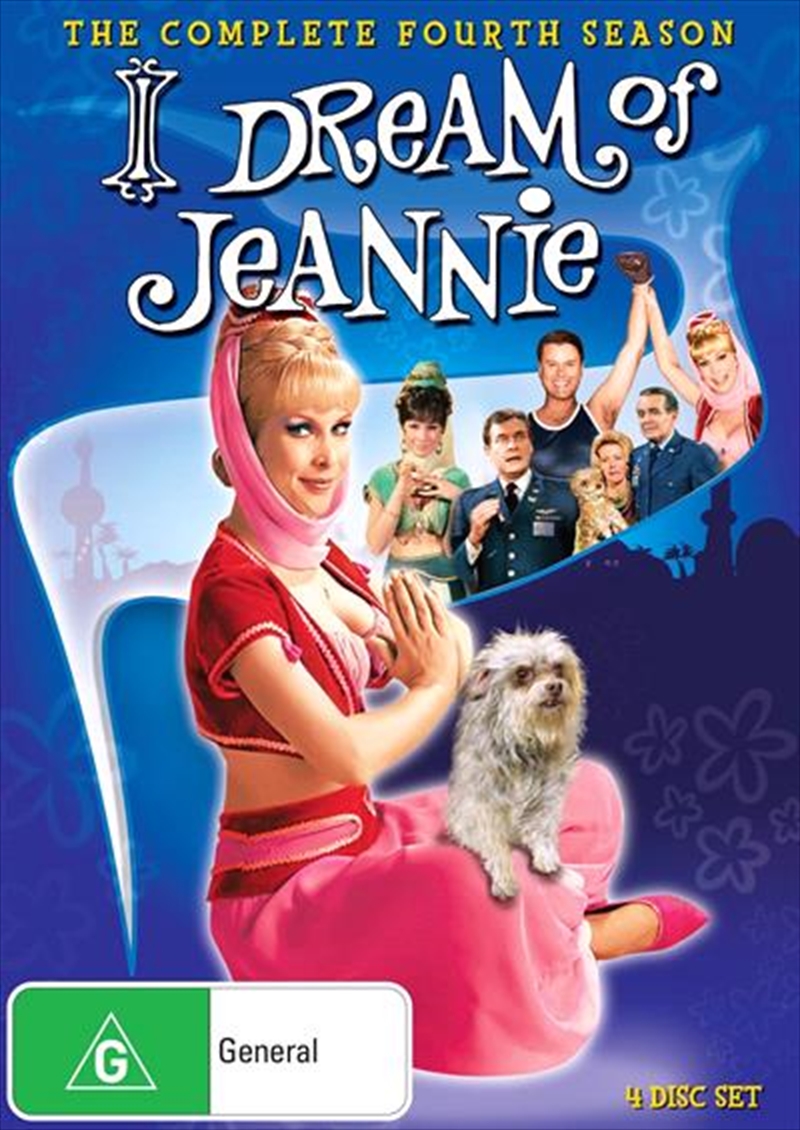 I Dream of Jeannie - Season 4

DESCRIPTION
With the blink of an eye and a nod of her head Jeannie is back with more magical mayhem!

Hold on tight as the fourth captivating season of I DREAM OF JEANNIE takes off! Join Jeannie (BARBARA EDEN) and her beloved master, Major Tony Nelson (LARRY HAGMAN), as they find themselves in some of the most hysterical situations of the series. This season, Jeannies magical and invisible dog from over a thousand years ago returns to terrorize NASA and Jeannies wicked twin sister returns to take another go at Major Nelson. Also this season in a two-part episode, Tony is replaced by a look-alike double agent who unwittingly becomes engaged to Jeannie and Dr. Bellows is replaced by a younger and more aggressive psychiatrist who is dead set on exposing Major Nelsons secrets! With 26 hilarious episodes featuring such guest stars as JUDY CARNE, ARTE JOHNSON, GARY OWENS and RICHARD MULLIGAN, I DREAM OF JEANNIE: THE COMPLETE FOURTH SEASON is every fans fourth wish!!
DETAILS

Title: I Dream of Jeannie - Season 4