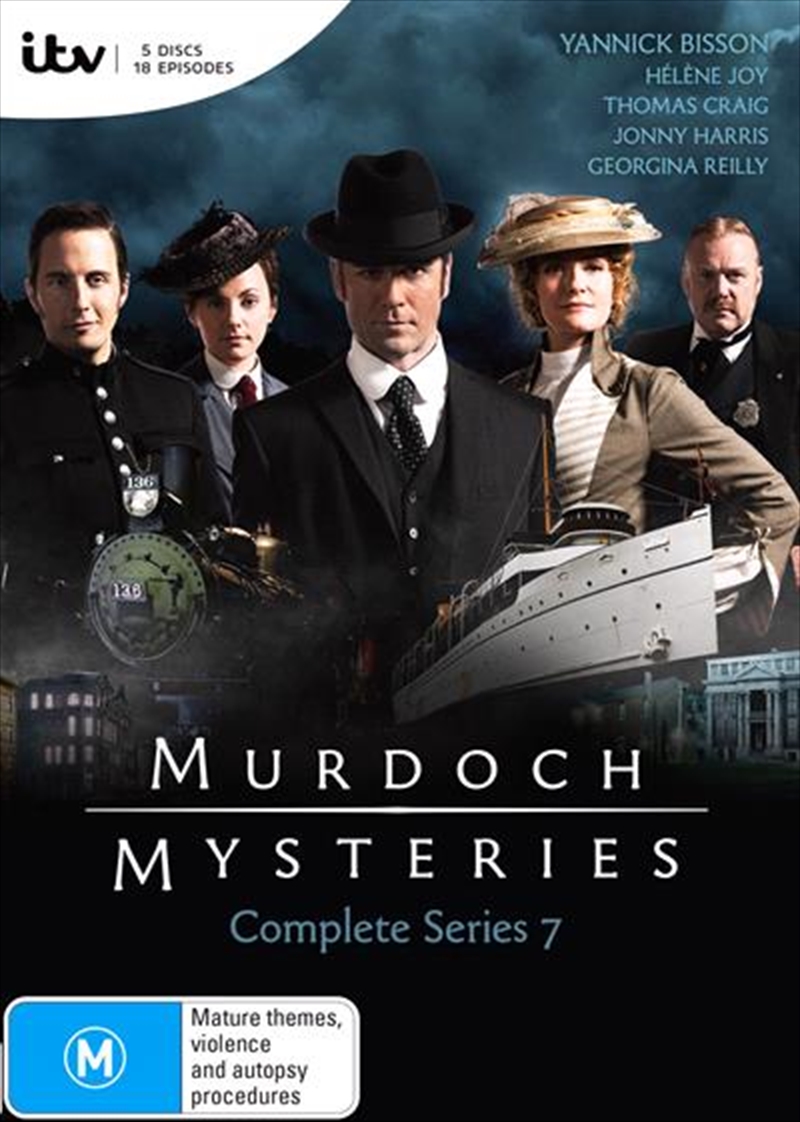 Adapted from the top selling novels by Maureen Jennings

As Series Seven of the internationally acclaimed series begins on the first-ever Victoria Day, Murdoch is reunited with his beloved Julia aboard an opulent passenger ship on its maiden voyage. Their time is short-lived, however, when the daughter of the ship's owner appears to have been pushed overboard. Among the intricate investigations this season, Murdoch must contend with killer spiders, a sea monster, the mysterious death of a cyclist and facing down a zombie army. Sherlock Holmes (Andrew Gower) also returns to assist Murdoch when a nanny disappears and her young charge is convinced the only person who can find her is Sherlock himself.
DETAILS