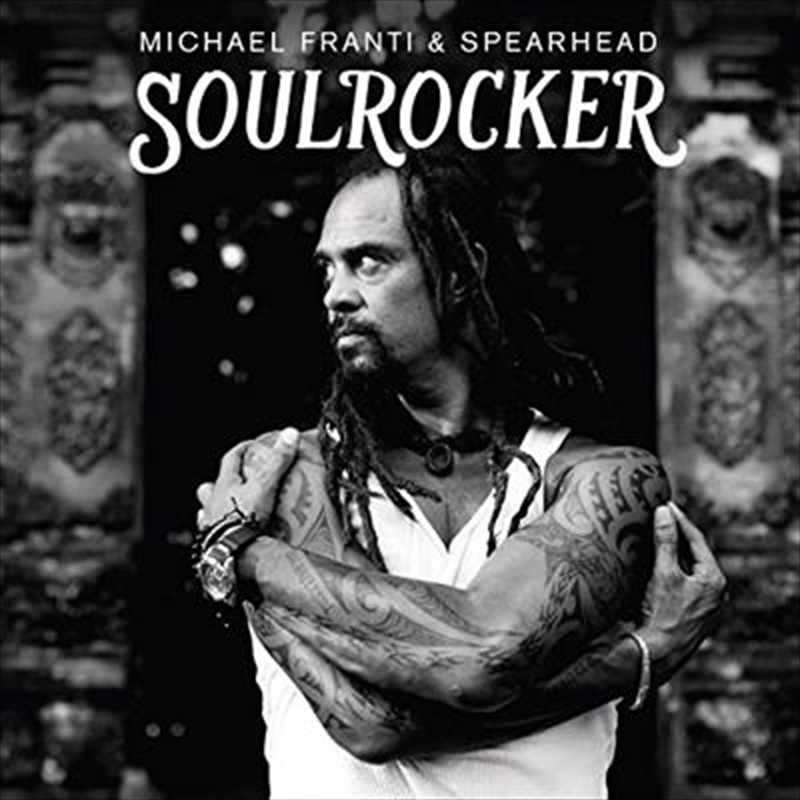 In creating SOULROCKER, co-produced with Jamaican producers Stephen “Di Genius” McGregor (son of reggae luminary Freddie McGregor) and Dwayne “SupaDups” ChinQuee (known for his work with artists like Bruno Mars and John Legend) MICHAEL FRANTI & SPEARHEAD have introduced a new sensibility to their potent hybrid of hip-hop, rock, folk, and reggae: a gracefully arranged take on electronic music that more than fulfills the band’s mission of making impassioned music you can dance to. Along with harnessing the Bay Area-based band’s dynamic energy for a more powerful impact than ever before, SOULROCKER again shows Franti’s singular ability to channel frustration into music that’s both thought-provoking and triumphantly hopeful.

“Right now is a very challenging time for people, for our nation and the planet,” says Franti, a longtime activist and past recipient of Global Exchange’s Domestic Human Rights Award. “But I really believe that music can help fight war and violence and hatred. The world needs that more than ever now, so my intention with this album was to make music that could bring people together.”

While each selection on SOULROCKER began with Franti working out melodies on his acoustic guitar, many of the album’s songs ultimately evolved into beat-powered tracks that reveal a close and nuanced understanding of the electronic genre. “One of the first records I had as a kid was a Kraftwerk seven-inch that I got from the giveaway bin at the UC Davis radio station KDVS,” recalls Franti, who grew up in Davis, CA. “We always do a DJ set at the end of our shows, and I wanted to try bringing in those dance and electronic elements but still keep the organic instrumentation that I’ve always loved.”

Franti’s message of positivity-minded political consciousness, once an outlier in music, has found momentum in the mainstream in recent years, a phenomenon that compelled him to push his artistry even further on SOULROCKER. “I feel a deeper sense of purpose in music today than I ever have in my career,” he says. “The album’s really about me challenging myself and growing, and just trying to make the most inspiring music I possibly can for this intense, crazy and wonderful time we’re all living in.”
DETAILS

Get Myself To Saturday

Summertime Is In Our Hands

We Are All Earthlings

Good To Be Alive Today

My Favorite Wine Is Tequila

We Do This Every Day

I Got Love For Ya

Do You Feel The Way That I Do?

Love Will Find A Way