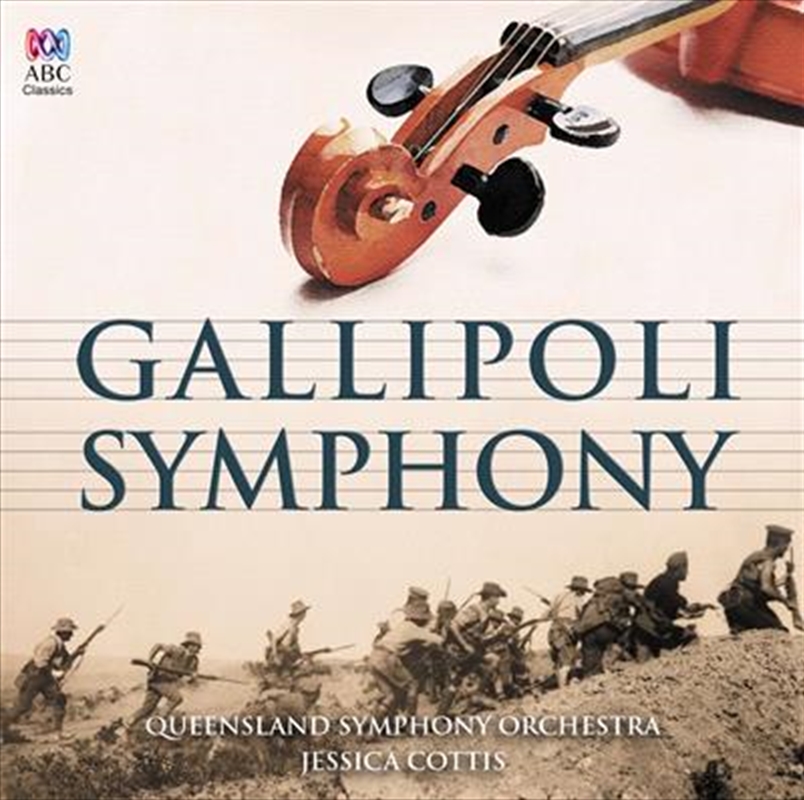 It is, most of all, a deeply human story, woven into the fabric of Australia, New Zealand and Turkey. Millions of words have been written about the campaign, but the story has never been told through music – until now.

The Gallipoli Symphony is a major composition produced by internationally respected composers from Australia, New Zealand and Turkey. It represents the first time ever that composers from three nations that fought in the campaign have collaborated on a single commemorative work of this scale.

The Gallipoli Symphony is structured into parts, like chapters in a book, each themed around an element of the campaign – from the farewell to the New Zealander troops as they began their journey across the world, to the battle fields after the invasion and, finally, hope for a brighter future.

The Symphony received its world-premiere performance in the magnificent Hagia Irene in Istanbul on 4 August 2015. This CD documents the Australian premiere performance, which took place five months later in Brisbane. Conductor Jessica Cottis and the soloists are re-united following the Istanbul concert, joined for this performance by the Queensland Symphony Orchestra.
DETAILS