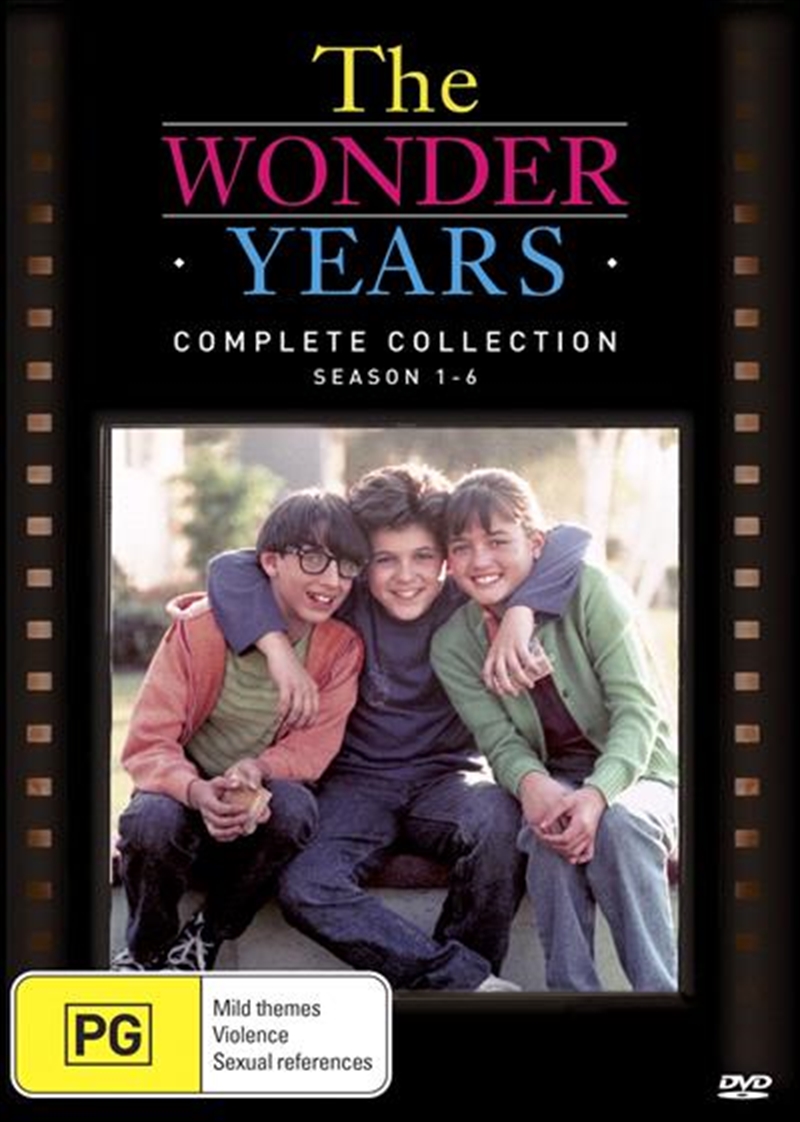 Shipping - See delivery options.
Postcode:
Quantity:
DESCRIPTION
For six seasons, The Wonder Years captured the angst of growing up in suburban middle- class America in the late 60s, as seen through the life and times of Kevin Arnold (Fred Savage). Audiences eagerly followed his evolution as a typical teenager who remembered every moment of his transition from childhood with excruciating detail and remarkable hindsight. This 26-DVD set contains all 115 episodes from all 6 seasons of The Wonder Years, plus over 23 hours of exclusive bonus material, featuring: The first cast reunion in 16 years Interviews with the creators, cast and crew 10 newly-produced featurettes Never-before-seen outtakes of Kevin and Winnies first kiss! Season guide booklets crammed with notes on the show.
DETAILS