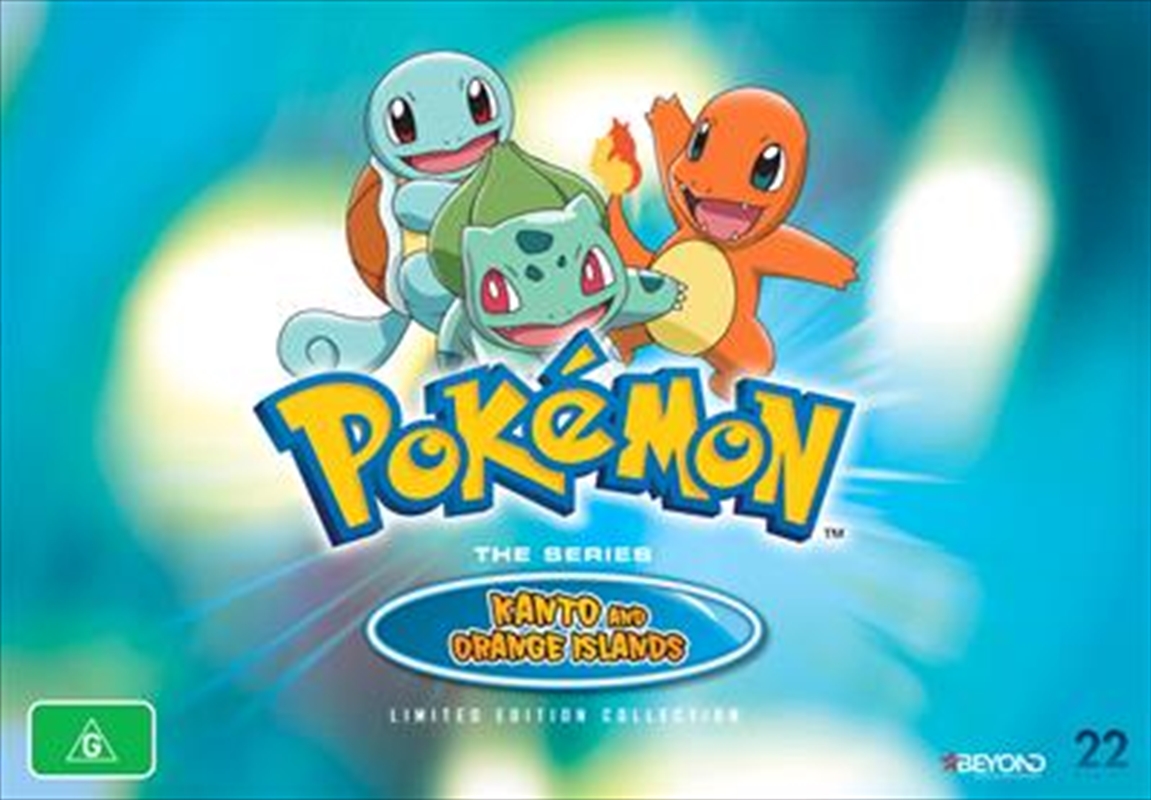 Shipping - See delivery options.
Postcode:
Quantity:
SEE MORE IN:
Pokemon Up To 50% Off Boxsets
The Kanto region of the Pokemon world is home to over 150 species of Pokemon and one eager young Pokemon Trainer who cant wait to see them all! Together with his new friend Pikachu, Ash Ketchum sets out to challenge Pokemon Gyms and win a spot in the Indigo League tournament, an epic journey that takes him through bustling towns, mysterious wildernesses, and everything between. Then Ash turns from the heights of Kantos Indigo Plateau to the tropical Orange Islands, as a simple errand turns into his next big adventure: a quest to beat the top Trainers of the Orange Crew! It wont be smooth sailing all the way, though the Orange Crew doesn't battle like anyone Ash has ever seen, and there's still a lot to learn about being a Pokemon Trainer. Many travels and adventures later, its back to Kanto and the brand-new Battle Frontier. These six facilities put Trainers Pokemon battling skills to the ultimate test, with a seventh facility hidden somewhere in the region... if Ash has what it takes to find it. And while Ash's new friend May has never been to Kanto before, she cant wait to take on the Grand Festival there and prove shes the best Pokemon Coordinator in the land!