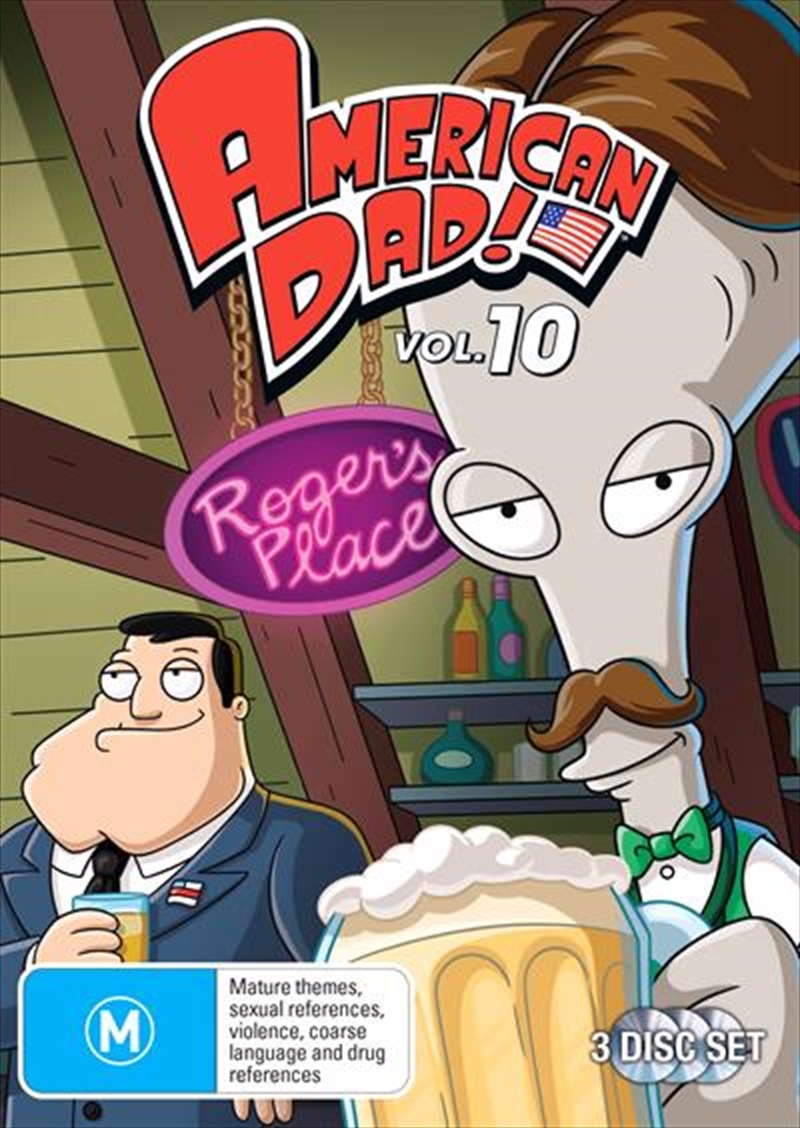 Shipping - See delivery options.
Postcode:
Quantity:
SEE MORE IN:
3 for $40 TV American Dad
This season, Roger is forced to sell his beloved attic bar to a restaurant chain after suffering a heart attack, a sexy new next-door neighbour promises to take Steve and his friends virginity in return for housework, and Roger and Francine discover an alien in the woods whom Roger capriciously has a one-night relationship with before being fed up with her quirks.