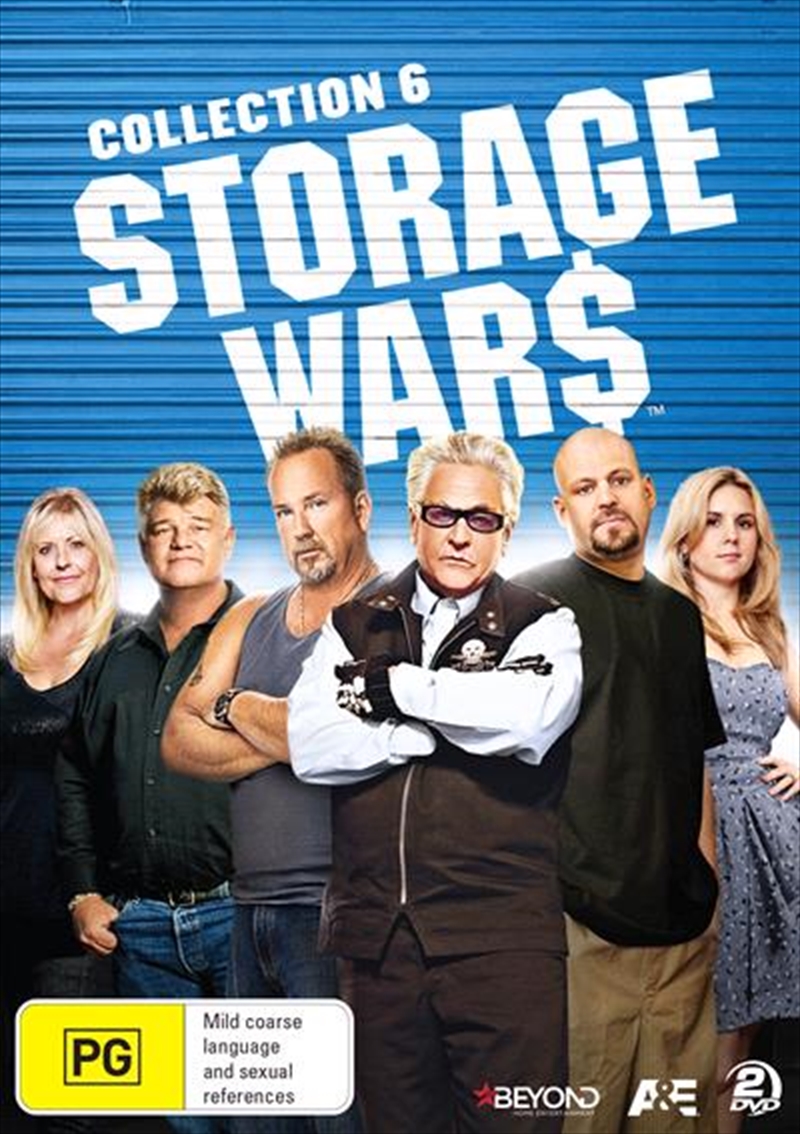 Fast-talking auctioneers Dan and Laura Dotson and the loyal bidders that frequent their storage unit sales are back for more STORAGE WARS. Aided only by the beam of a flashlight, the bidders get a quick peek inside the units, then have mere minutes to decide if they're going to take the gamble, make a bid and see if the resulting buy is full of mostly trash ... or true treasure!When the storage doors open, Americas favourite treasure hunters jostle, needle and cajole one another to get their hands on the best stuff in STORAGE WARS from A&E. These seasoned veterans and their savvy teams sometimes pay as little as ten dollars for items valued in the thousands. In Collection Six, watch as the quest for gold heats up in California as our fearless buyers drop some serious cash.