Vicar Of Dibley | Immaculate Collection, The 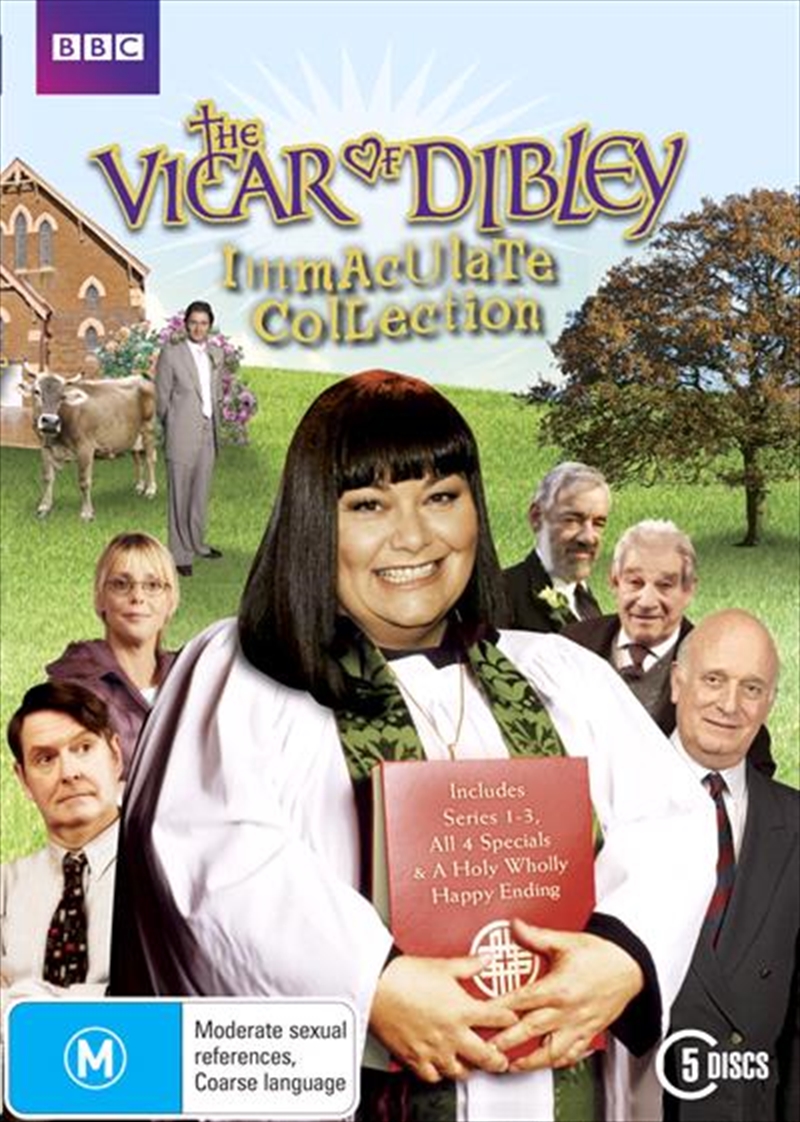 Vicar Of Dibley | Immaculate Collection, The

The Vicar of Dibley is one of the most popular series ever produced by the BBC, it boasts the brilliant comic writing of Richard Curtis (Love Actually, Notting Hill) and a gifted ensemble cast led by Dawn French of the hilarious comedy duo French and Saunders. The sleepy village of Dibley was blindsided back in 1994 by the arrival of its new vicar who had the audacity to be a woman! Over the twelve ensuing years - with the help of a sharp wit, a double dose of double entendre and a healthy supply of chocolate - she gradually won the hearts of even the crustiest of the towns eccentric inhabitants. This collection contains every episode ever created of this brilliant comedy series, and it promises to warm your heart also, while keeping you in fits of hysteria along the way!