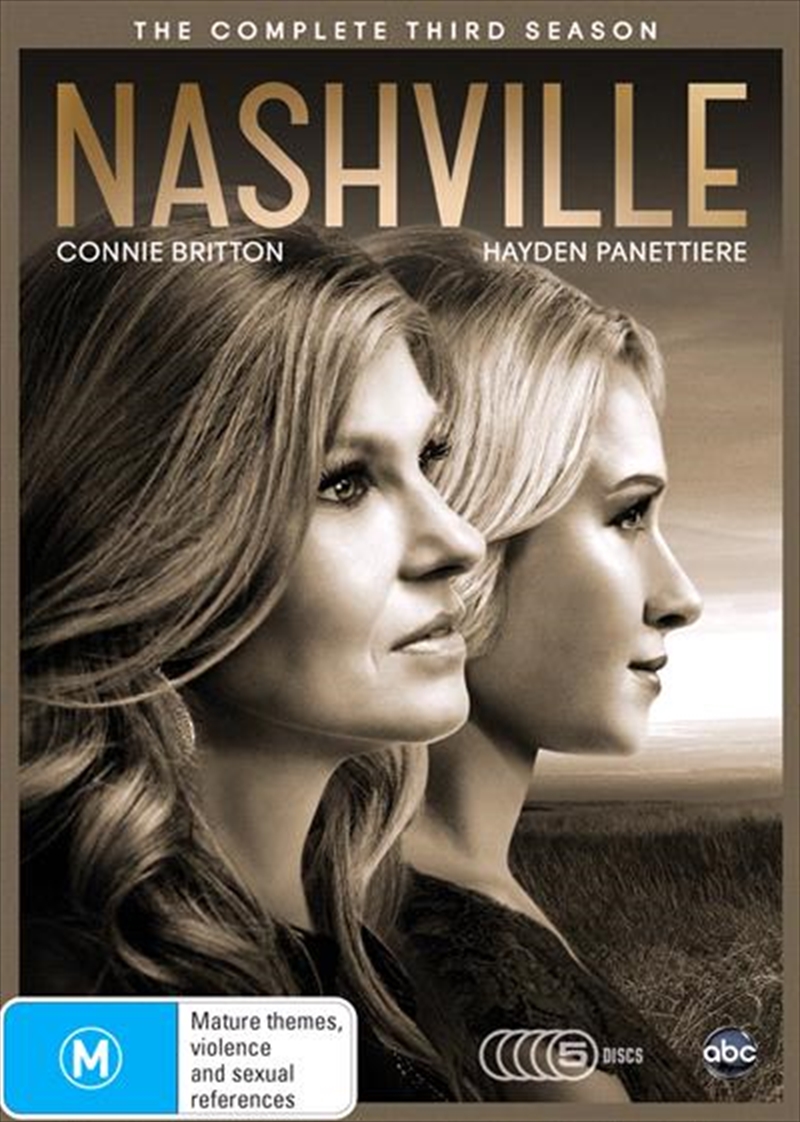 Rayna Jaymes (Connie Britton) and Juliette Barnes (Hayden Panettiere) are at the top of their game, but in Nashville, the higher you rise, the farther you fall. In the aftermath of her mother's death, Juliette is poised to shine brighter than ever - until a sordid scandal threatens to destroy her. Meanwhile, after Rayna nearly loses her life (and her voice) in a horrific accident, she bounces back with her own record label and a new man. But can she still electrify audiences without Deacon by her side? Adding fuel to the fire is the revelation of who Maddie's real father is; and as Deacon and Maddie grow closer, Teddy's resentment intensifies. Then, as the breakout star of Rayna's newly launched label, a burnt-out, emotionally raw Scarlett struggles to cope with life in the proverbial fast lane.