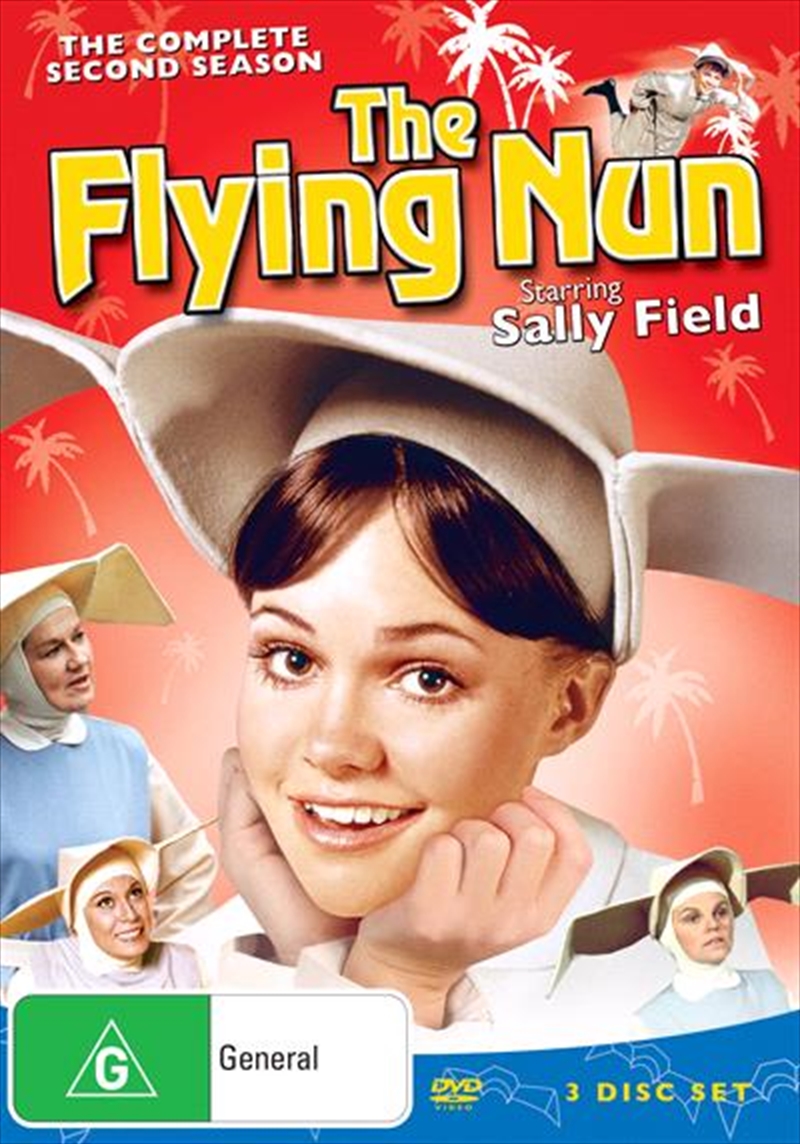 Two-time Academy Award winner Sally Field (1984, Actress in a Leading Role, PLACES IN THE HEART, 1979, Actress in a Leading Role, NORMA RAE) returns for a second season of fun in the comedy series that's habit-forming. This season continues the hilarious ariborne antics of Sister Bertrille as she again literally and figuratively, has her ups and downs helping others - whether they want it or not - often to the chagrin of the Mother Superior (Madeline Sherwood)! Featuring memorable guest appearances from such stars as Jamie Farr, Paul Lynde, Rich Little and more.
DETAILS