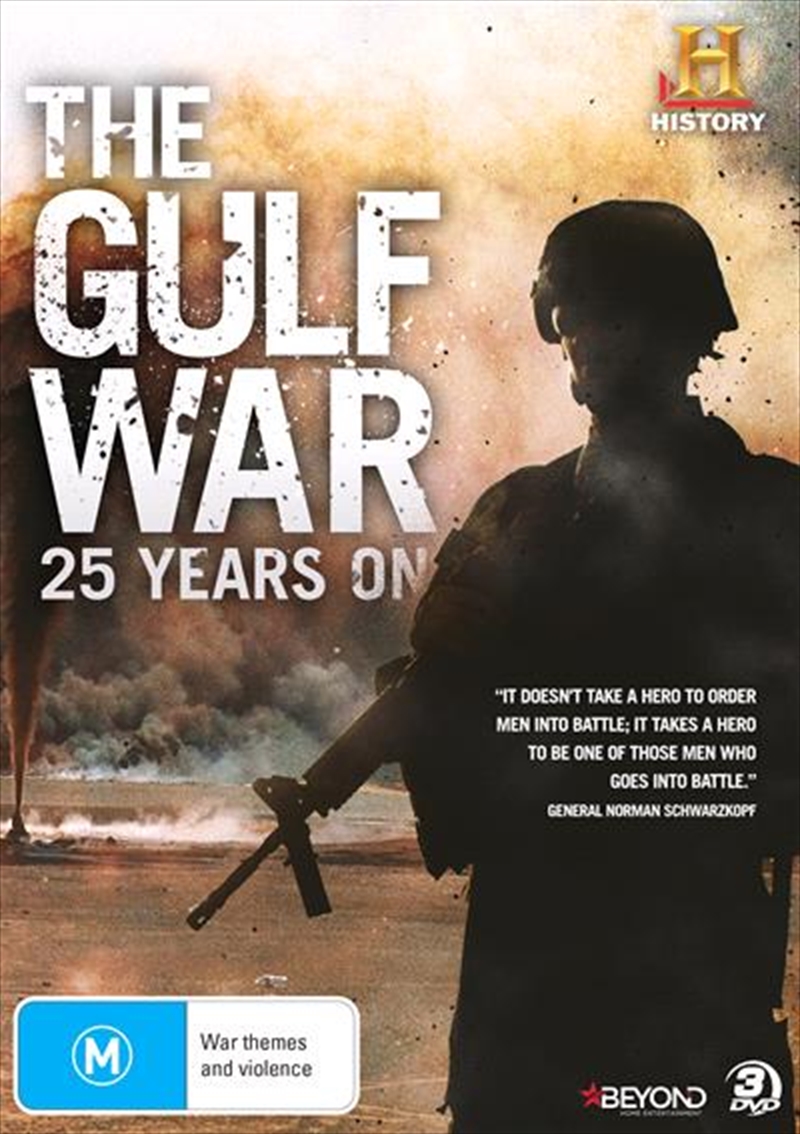 Shipping - See delivery options.
Postcode:
Quantity:
It is 25 years since the start of the Gulf War. As the country reflects upon this recent period of military history, we commemorate the achievements of the Allied forces and recognise their many sacrifices.These in-depth documentaries begin with a profile of General "Stormin" Norman Schwarzkopf and the vital role he played in the conflict. Explore the huge changes in technology that decided the war in the skies above Iraq and experience the most thrilling aerial battles from inside the cockpit, as never seen before.Then take a comprehensive look at the special operations units involved in the war the quiet professionals who became a dagger in Saddam Hussein's back. Finally, discover the insiders view of the Gulf War, examining the lightning-fast decision-making, the political alliances and the machinery that made the Allied victory so decisive.