Transformers - Robots In Disguise - Rumble In The Jungle 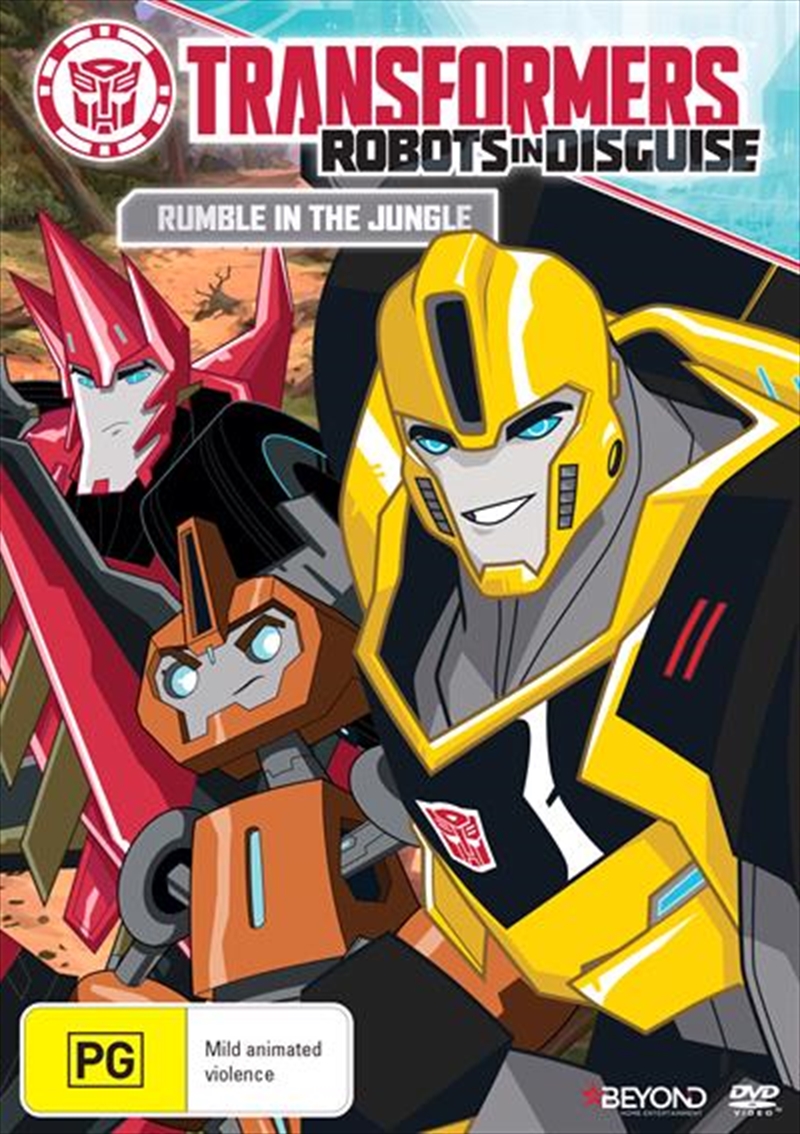 Shipping - See delivery options.
Postcode:
Quantity:
SEE MORE IN:
Transformers $5 MOVIES TV AND SPORT
As Bumblebee and the Autobots continue to round up the escaped Decepticons, Bee and his team face an out of control Grimlock, a budding rivalry between Denny and Fixit, toxins that leave Bee a hyperactive child, and if that wasnt bad enough, Optimus learns of a coming evil that threatens both Earth and Cybertron! Throw in a pair of bounty hunters tracking down Bumblebee and a Decepticon fugitive trying to monopolizing one of the Bots most precious commodities and the Bee Team have their work cut out in this exciting new volume!

Title: Transformers - Robots In Disguise - Rumble In The Jungle