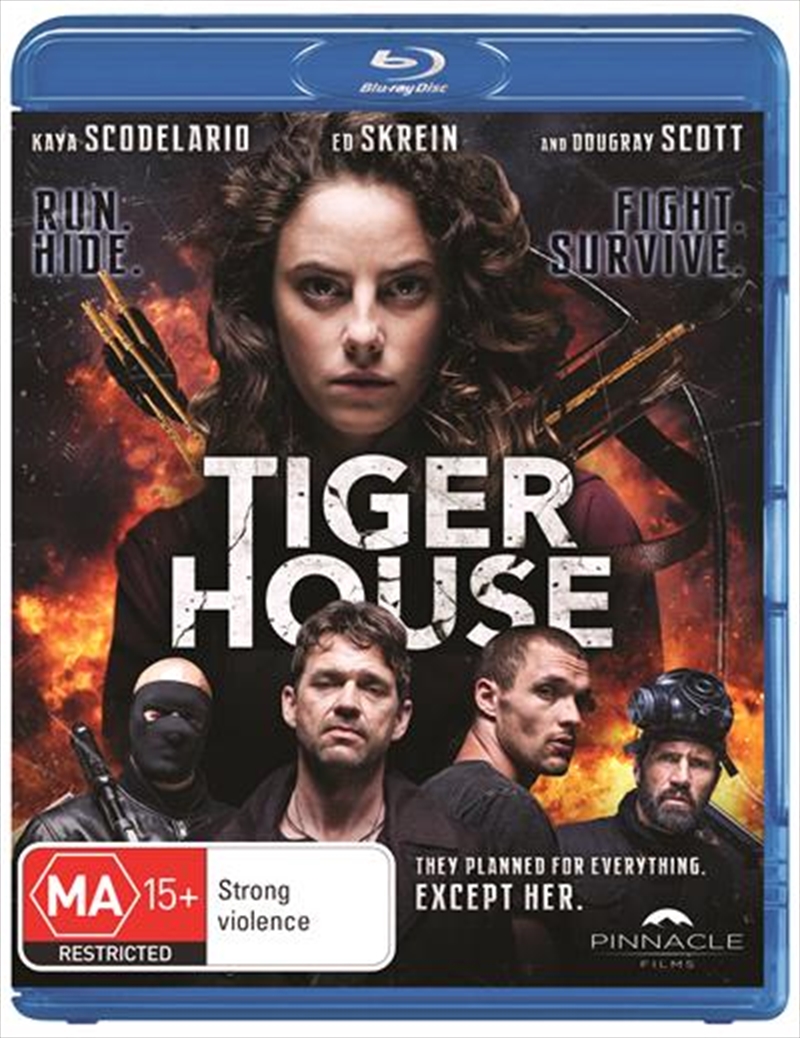 Tiger House is an intense, contained cat-and-mouse thriller that tells the story of Kelly (Kaya Scodelario - The Maze Runner, Skins, Pirates Of The Caribbean 5) a tough gymnast trying to get her life back on track after a career-ending injury.One night Kelly sneaks into her boyfriend Marks (Daniel Boyd) family home; but shes not the only one with designs on the house that evening. A gang lead by Shane (Dougray Scott - Mission: Impossible II, Taken 3, Enigma) and Callum (Ed Skrein - Game Of Thrones, The Transporter Legacy, Deadpool) has come to abduct Marks father and force him to carry out a robbery on the cash depot that he manages.Kelly instantly becomes the one unknown element in the gangs meticulously planned heist. As the next 12 hours unfold she must use every reserve of skill and courage to outwit and overpower her four highly trained adversaries.
DETAILS