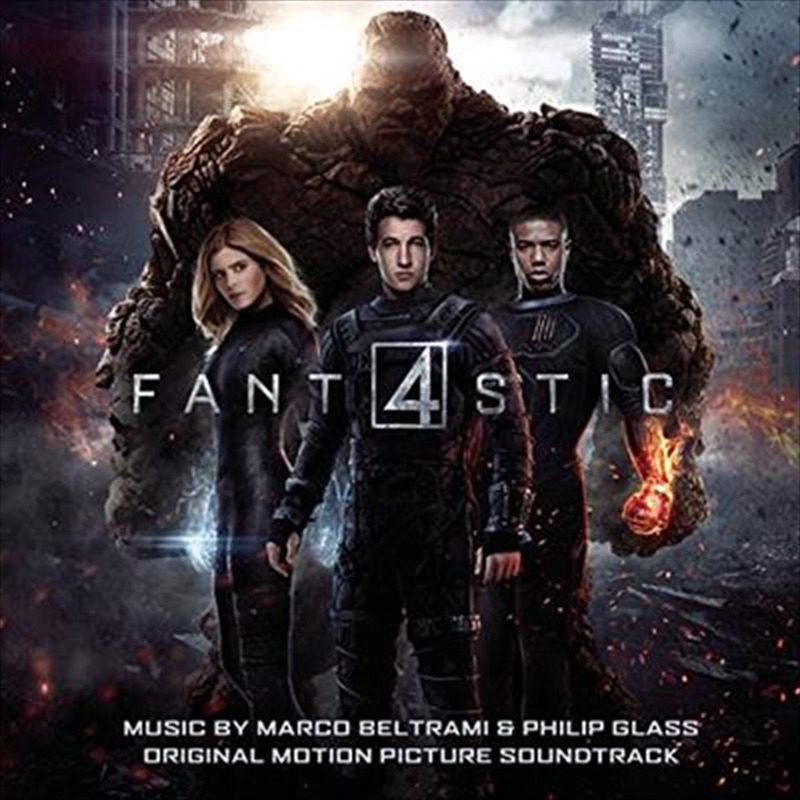 DESCRIPTION
Fantastic Four is the new American superhero film based on the Marvel Comics superhero team of the same name. It is the third theatrical Fantastic Four film to be distributed by 20th Century Fox, and a reboot of the Fantastic Four film franchise. Directed by Josh Trank, with a screenplay by Simon Kinberg, Jeremy Slater and Trank, the film stars Miles Teller, Michael B. Jordan, Kate Mara, Jamie Bell, Toby Kebbell, Reg E. Cathey and Tim Blake Nelson.

In Fantastic Four, four young outsiders teleport to an alternate and dangerous universe which alters their physical form in shocking ways. The four must learn to harness their new abilities and work together to save Earth from a former friend turned enemy.

Marco Beltrami:
Marco Edward Beltrami (born October 7, 1966) is an American film composer best known for his work scoring horror films such as Mimic (1997), The Faculty (1998), Resident Evil (2002), Don't Be Afraid of the Dark (2011) and The Woman in Black (2012). A long-time friend and collaborator of Wes Craven, Beltrami has scored seven of the director's films including all four films in the Scream franchise (1996–2011). Marco has been nominated twice for Academy Awards (Best Score). Most recently, Marco's score for “Soul Surfer” won the 2012 Satellite Awards for Best Film Score of The Year.

Philip Glass:
Philip Morris Glass (born January 31, 1937) is an American composer. He is considered one of the most influential music makers of the late 20th century. He describes himself as a "classicist", pointing out that he is trained in harmony and counterpoint and studied such composers as Franz Schubert, Johann Sebastian Bach and Wolfgang Amadeus Mozart with Nadia Boulanger. Glass is a prolific composer: He has written works for the musical group which he founded, the Philip Glass Ensemble (with which he still performs on keyboards), as well as operas, musical theatre works, ten symphonies, eleven concertos, solo works, chamber music including string quartets and instrumental sonatas, and film scores. Three of his film scores have been nominated for Academy Awards.

Meeting Of The Minds