Southpaw - Music From And Inspired By The Motion Picture 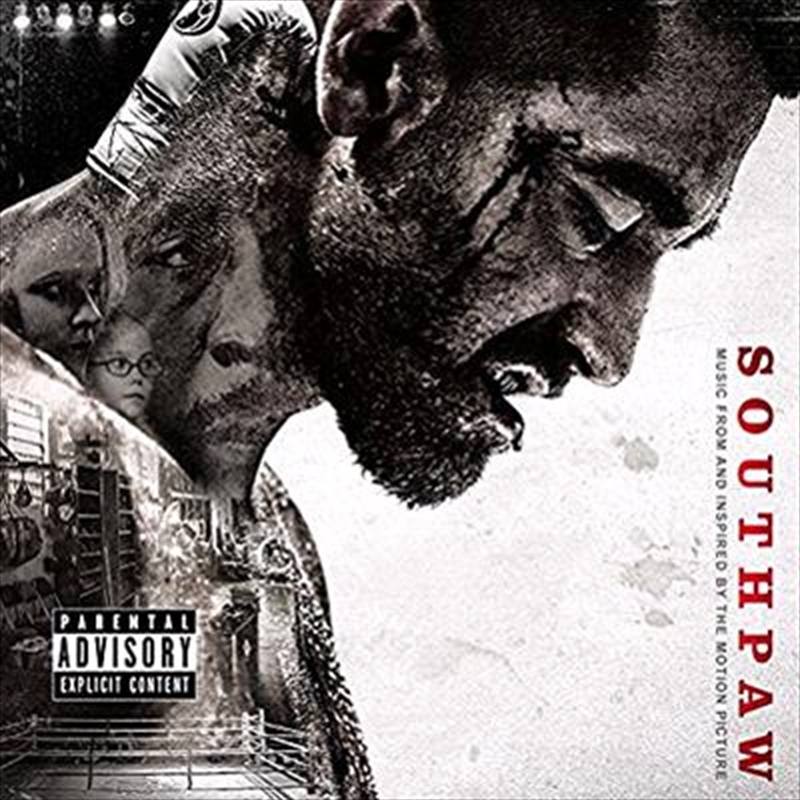 Southpaw - Music From And Inspired By The Motion Picture

DESCRIPTION
Southpaw (Music from and Inspired by the Motion Picture), the soundtrack to The Weinstein Company motion picture Southpaw, will be released on July 24th via Shady Records/Interscope Records. Eminem serves as Executive Producer of the album, which includes two tracks from the multi-platinum rapper: the first single, “Phenomenal,” and “Kings Never Die,” featuring Gwen Stefani.

Eminem also appears on two songs from his side project with Royce Da 5'9", Bad Meets Evil. In addition, the soundtrack includes music from 50 Cent, The Weeknd, Action Bronson & Joey Bada$$, Slaughterhouse and more. In addition, the soundtrack includes two arrangements from the late James Horner, the Academy Award-winning composer (Titanic, Avatar) who scored the film and tragically passed away recently.

The film, directed by Antoine Fuqua (Training Day) and written by Kurt Sutter (Sons of Anarchy, The Shield), is the riveting story of Billy “The Great” Hope, the reigning light heavyweight boxing champion of the world (played by Academy Award nominee Gyllenhaal). Hope seemingly has it all, with an impressive career, a beautiful and loving wife (Rachel McAdams), an adorable daughter (Oona Laurence) and a lavish lifestyle. When tragedy strikes and his lifelong manager and friend (Curtis “50 Cent” Jackson) leaves him behind, Hope hits bottom, and turns to an unlikely savior at a local gym, Tick Willis (Forest Whitaker), a retired fighter and trainer to the city’s toughest amateur boxers. With his future riding on Tick’s guidance and tenacity, Billy enters the hardest battle of his life as he struggles with redemption and to win back the trust of those he loves.

Title: Southpaw - Music From And Inspired By The Motion Picture

What About The Rest Of Us - Action Bronson, Joey Virginie, Rico Love

All I Think About - Bad Meets Evil