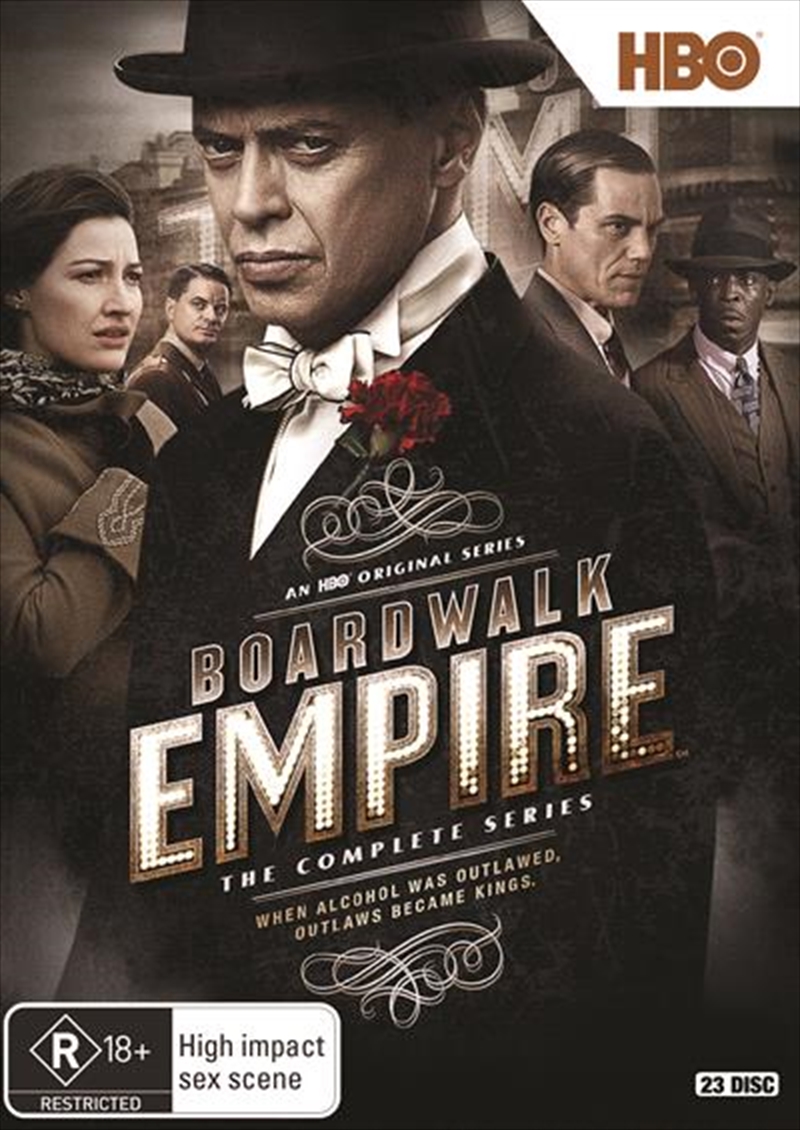 Atlantic City at the dawn of Prohibition is a place where the rules don't apply. And the man who runs things -- legally and otherwise -- is the town's treasurer, Enoch "Nucky" Thompson, who is equal parts politician and gangster. Side by side with his brother Elias, Atlantic City's sheriff, and a crew of ward bosses and local tough guys, Nucky gains a reputation as the man to see for illegal alcohol. He does business with all the top gangsters -- Al Capone, Lucky Luciano, "Big Jim" Colosimo -- and he does it well ... until a former protg takes matters into his own hands, setting the Feds on Nucky's tail. Contains Seasons 1-5.
DETAILS