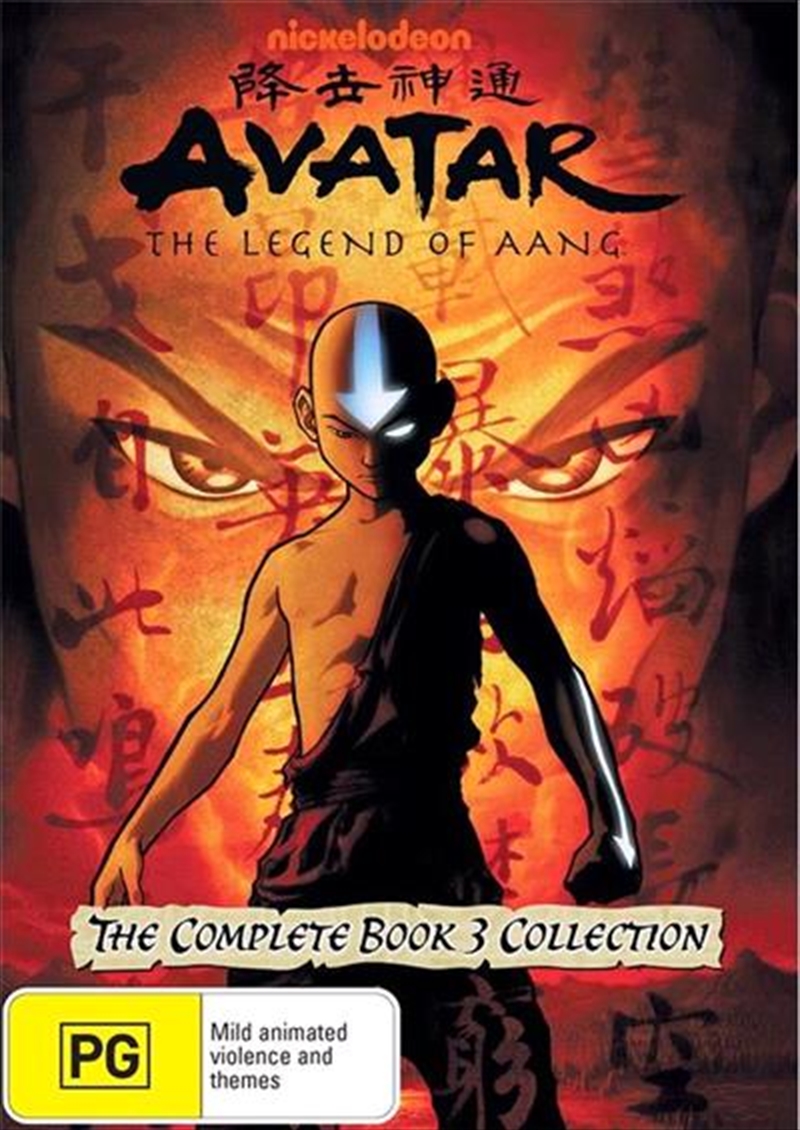 Shipping - See delivery options.
Postcode:
Quantity:
SEE MORE IN:
3 for $40 TV Avatar The Last Airbender Nickelodeon
DESCRIPTION
In Book 3, the series now finds Aang and his travelling companions behind enemy lines in the Fire Nation. As they lay low, Aang enrolls in a Fire Nation school where his eyes are opened to such ordinary experiences as dealing with a campus bully, the gang visit an impoverished village and are forced to repress their desire to help out lest their true identities be revealed and Sokka, feeling useless because he does not have powers like his friends talks a master swordsman into taking him as an apprentice. Meanwhile there is danger brewing for the Airbender and his gang. Did you know: The live action version of Avatar The Last Airbender is due for release later this year, though for obvious reasons, the Avatar part of the title has become less of a focus.
DETAILS