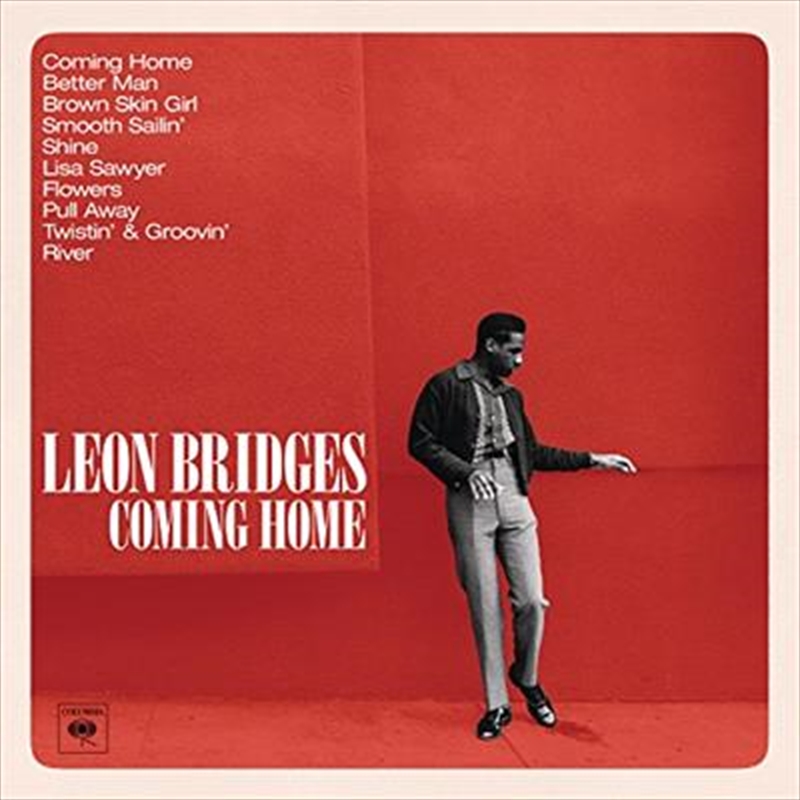 Shipping - See delivery options.
Postcode:
Quantity:
SEE MORE IN:
2 for $25 Music Leon Bridges
Leon Bridges is a 25 year-old musician from Fort Worth, TX that beautifully mixes classic soul and R&B to create something completely fresh. Leon caught the attention of the public and industry after a notable Texas blog called Gorilla vs. Bear premiered two songs on October 15, 2014. The songs quickly went viral amassing over 1 million combined plays as well as plays on numerous US radio stations and UK’s BBC Radio 1. Leon was quickly picked up my tastemaker and notable press including NME, Q and NPR. Despite the unofficial song releases late in the year, multiple tastemaker blogs named "Coming Home" as one of their top 5 songs of 2014.

Produced by Austin Jenkins and Josh Block of White Denim, and featuring Leon’s existing three tracks “Better Man”, “Coming Home” and “Lisa Sawyer”, COMING HOME is Leon’s debut album and first full length effort. The album announcement came on the heels of Bridges’s first ever SXSW performances, in which he had a bounteous presence, performing to capacity crowds at A-level events including Heartbreaker at Willie Nelson’s ranch, the Gorilla-vs-Bear HypeHotel showcase, Spotify House and Saint David’s Church. His soulful, movement based performances and adept backing band garnered strong reviews from a variety of top-level media including the New York Times, Billboard and Grantland amongst many others. So successful was Bridges’s festival experience, he was awarded the prestigious 2015 Grulke Prize for Developing US Act. Not one to rest on his laurels, Bridges immediately followed up SXSW by making his debut network television appearance on the Late Late Show With James Corden on March 25th.

Bridges, a trained choreographer and dancer, is celebrated for his strong live presence. Fans have shown up in droves for his solo concerts; his New York City show at Mercury Lounge sold out in exactly one minute, followed by another sold-out show at Troubadour in Los Angeles. Leon will return to New York City for a Bowery Ballroom show on June 23rd which sold out in six minutes flat and a show at Music Hall of Williamsburg, also sold out.