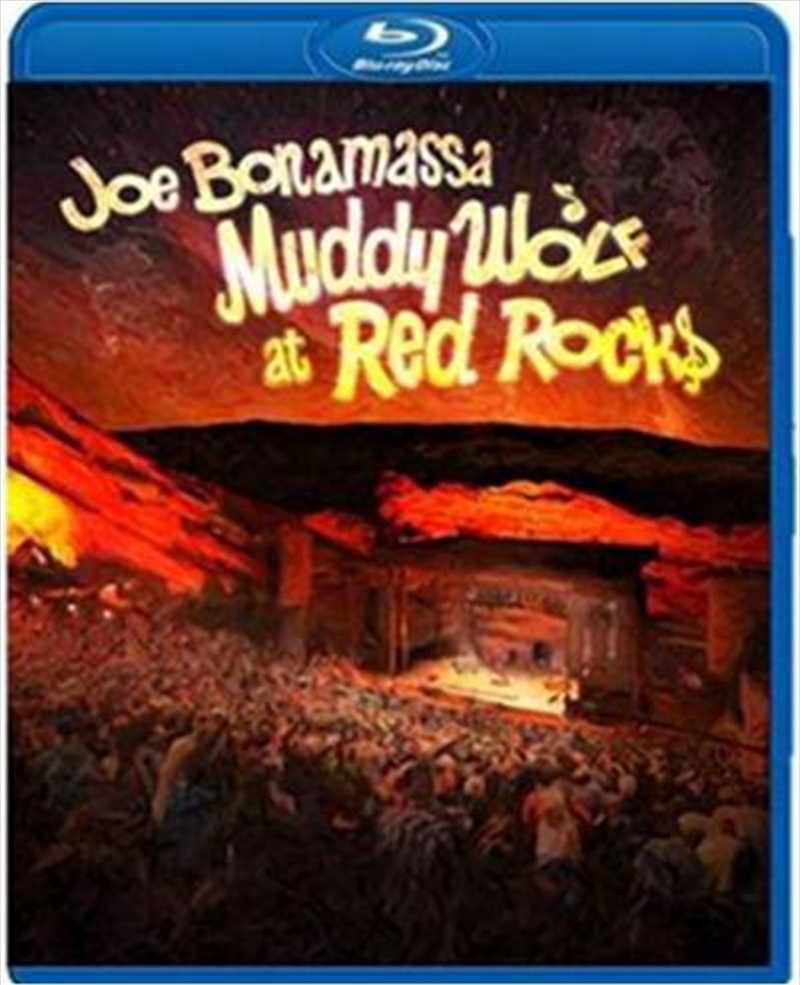 The exclusive concert experience tributing blues legends Muddy Waters and Howlin' Wolf was filmed at Red Rocks Amphitheater over Labor Day weekend in 2014. Carved into the bedrock of Colorado's majestic Rocky Mountains, the famed amphitheater sets the stage for Bonamassa's fiery delivery of over 2.5 hours of bluesy guitar-wailing and horn-filled tunes honoring the two Blues greats. Playing to a sold-out crowd of 9,000 fans, this marks the biggest show of Bonamassa's career, a major milestone for the bluesman.

Unlike any Bonamassa show before, 'Muddy Wolf' marks the start of a tribute concert series that will display a different band and catalog of material that will vary from Bonamassa's music as a solo artist. For 'Muddy Wolf,' songs were carefully selected from the catalogs of Howlin' Wolf, one of Chicago's most influential bluesmen, known for his deep, scratchy voice, and Muddy Waters, considered the "father of modern Chicago blues." Waters was a major inspiration for the British blues explosion of the 1960's, a genre that has heavily influenced Bonamassa's original music throughout his career. The concert features a selection of songs from each artist, followed by a 30-minute set of songs from Bonamassa's own extensive catalog.

Of the experience, a humbled and grateful Bonamassa said, "'Inspired' was the feeling that permeated the camp from the very downbeat. It was the gig of a lifetime for me. What you see on this DVD is what it was like to play in front of the largest audience of my career, playing music that I loved, love, and fell in love with again in a much bigger way than I had before."

Tiger In Your Tank

I Can't Be Satisfied

My Home Is On The Delta

How Many More Years

Evil (Is Going On)

All Night Boogie (All Night Long)