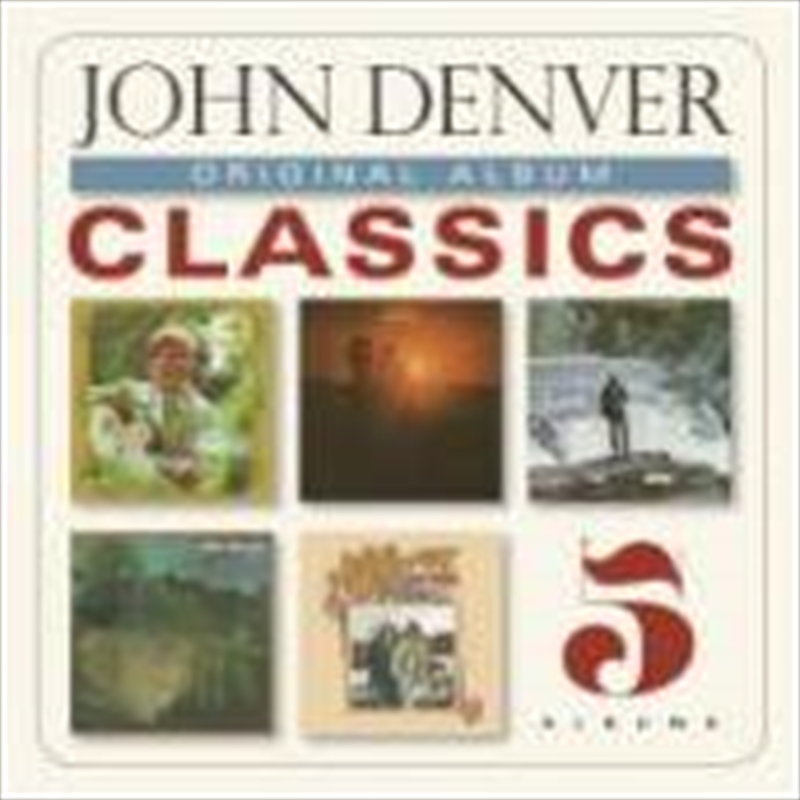 Shipping - See delivery options.
Postcode:
Quantity:
SEE MORE IN:
John Denver
An American Country/Folk star John Denver recorded throughout his career over 300 songs, resulting in many timeless hits and great acclaim, becoming a household name. With his unique vocal-guitar style this singer/songwriter began his career in the late 60s. His signature songs of which, 'Leaving On A Jet Plane', 'Annie's Song' and 'Rocky Mountain High', are all included within this 5CD set which collects together Denver's debut album from 1969 through to his early 70s recordings.