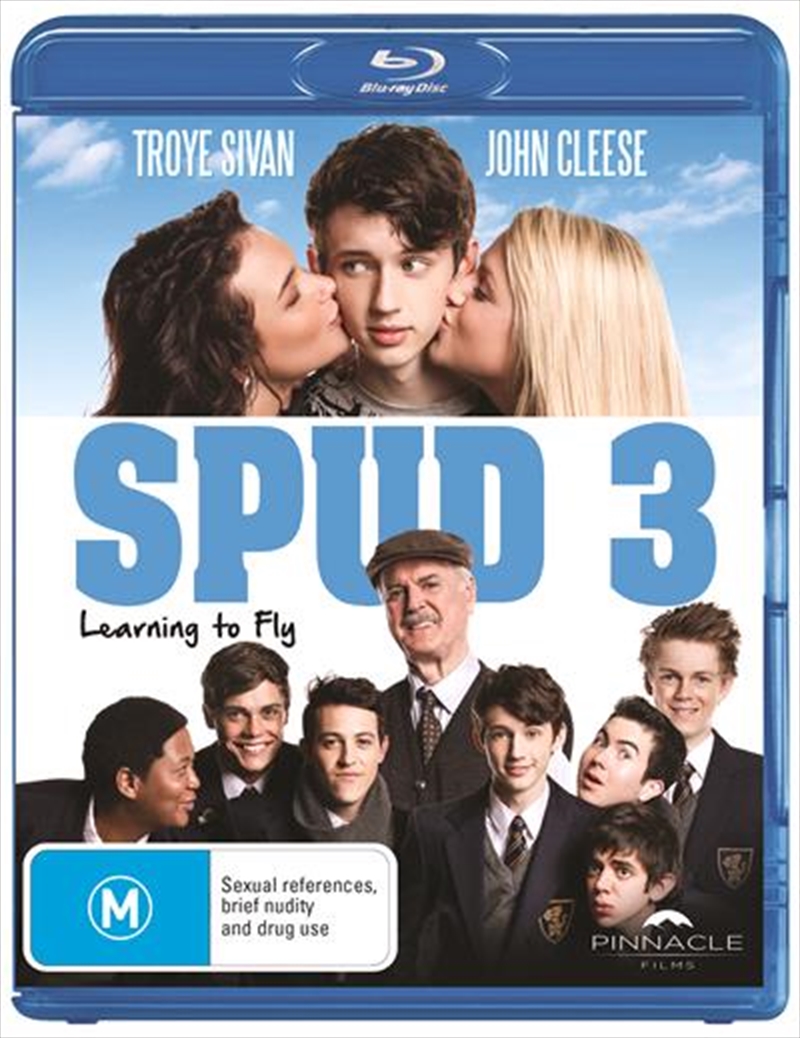 Shipping - See delivery options.
Postcode:
Quantity:
SEE MORE IN:
Troye Sivan
Sixteen-year-old Spud Milton (Troye Sivan) is hoping for a smooth ride as he returns to boarding school, now as a senior boy. When he discovers that a vindictive arch enemy has returned to taunt him, Spud's world has never seemed less certain. Joined by the Guv (John Cleese) and the band of misfits known as the Crazy 8, Spud continues his hilarious journey through adolescence, and learns life's most important lessons along the way.