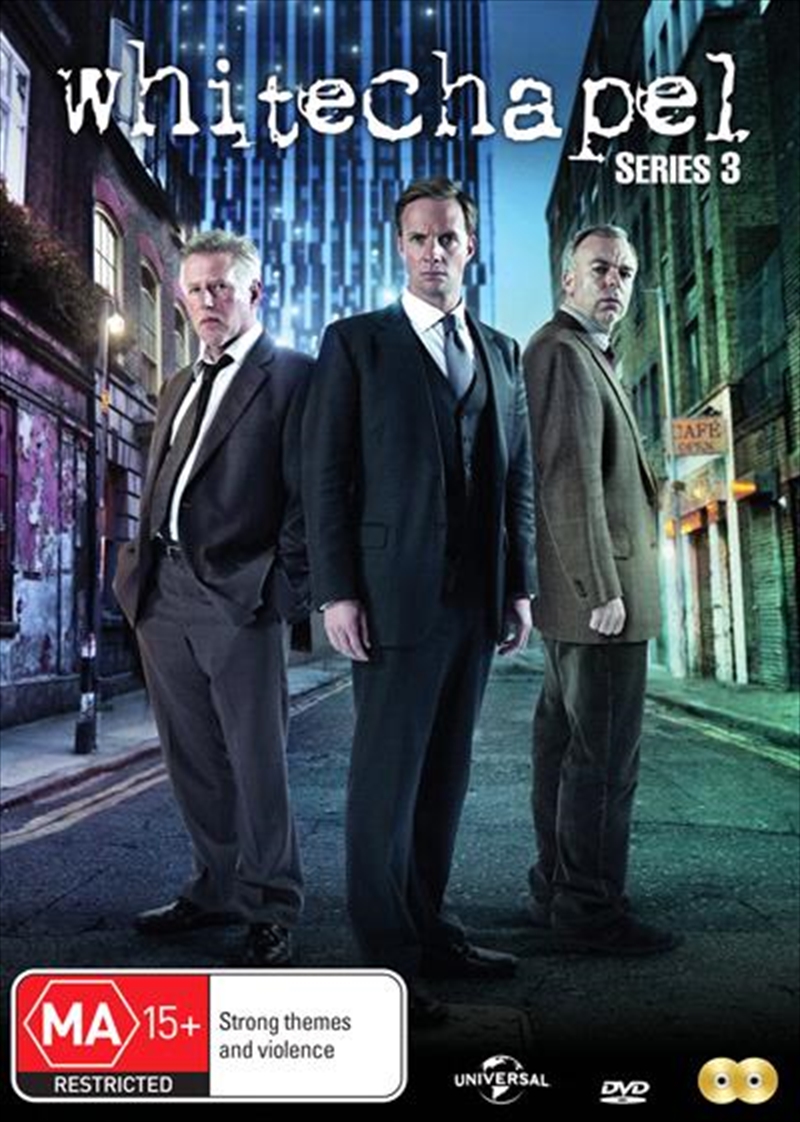 Meticulous and obsessional, DI Chandler and his unit are based in Whitechapel - an area drenched in dark history and sinister goings-on. It is where Jack the Ripper carried out his horrific crimes. It is where The Krays constructed their Empire of Crime based on sadomasochistic punishments. This series unearths a Whitechapel full of Gothic shadows, cobblestones and ancient hostelries. There's fear in the Huguenot weaving houses of Wilkes Street, and terrifying discoveries in the dark corners and rooftops around Brick Lane. This 2 DVD set brings you all 6 episodes from Season 3.