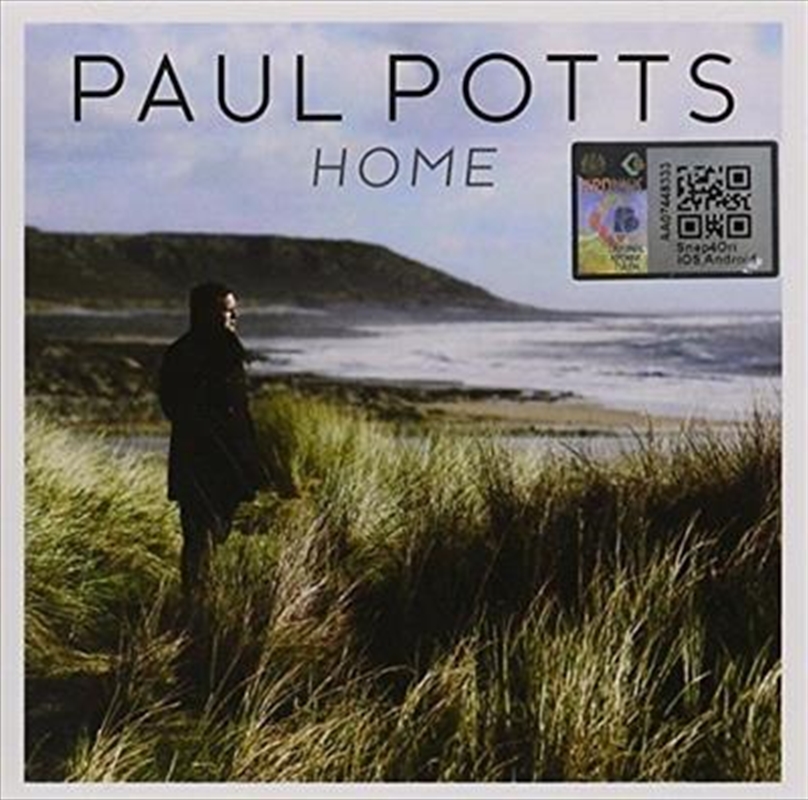 Shipping - See delivery options.
Postcode:
Quantity:
With sales of more than 5 million multi-platinum records and in excess of 600 concerts in the last 6 years under his belt, Paul Potts is set to release his most diverse album yet, HOME. Home is a collection of 14 songs and sees Paul embracing his love of music of all genres. Working with long-time musical director Chris Taylor, Paul has made a record without rules, one that celebrates the beauty of the song and the power of the voice.

Songs by Richard Marx, Spandau Ballet and George Harrison sit alongside pieces by Musumarra & Pintus, Chopin, and De Curtis & Furno. Sting’s ‘When We Dance’ is translated into Italian to become ‘Quando Balliam’; the familiar ‘Beyond The Sea’ is returned to the original French of Charles Trénet & Albert Lasry’s ‘La Mer’. Elsewhere he continues to challenge the concept of genre by performing songs by Foo Fighters, Guns N’ Roses and The Eagles whilst also relishing the operatic tours de force of Un Amore Così Grande and L’ora Dell’Addio.

Potts’ debut album One Chance is certified 2x platinum in Australia, having peaked at #1 on the album charts. Paul’s story inspired the Weinstein-produced Hollywood film ‘One Chance’ starring James Corden in the lead role, with Paul writing the accompanying autobiography. Paul is also constantly touring, averaging 100 concerts each year. He has since released two further studio albums 2009’s Passione and 2010’s ‘Cinema Paradiso’ and a GREATEST HITS collection in 2013.