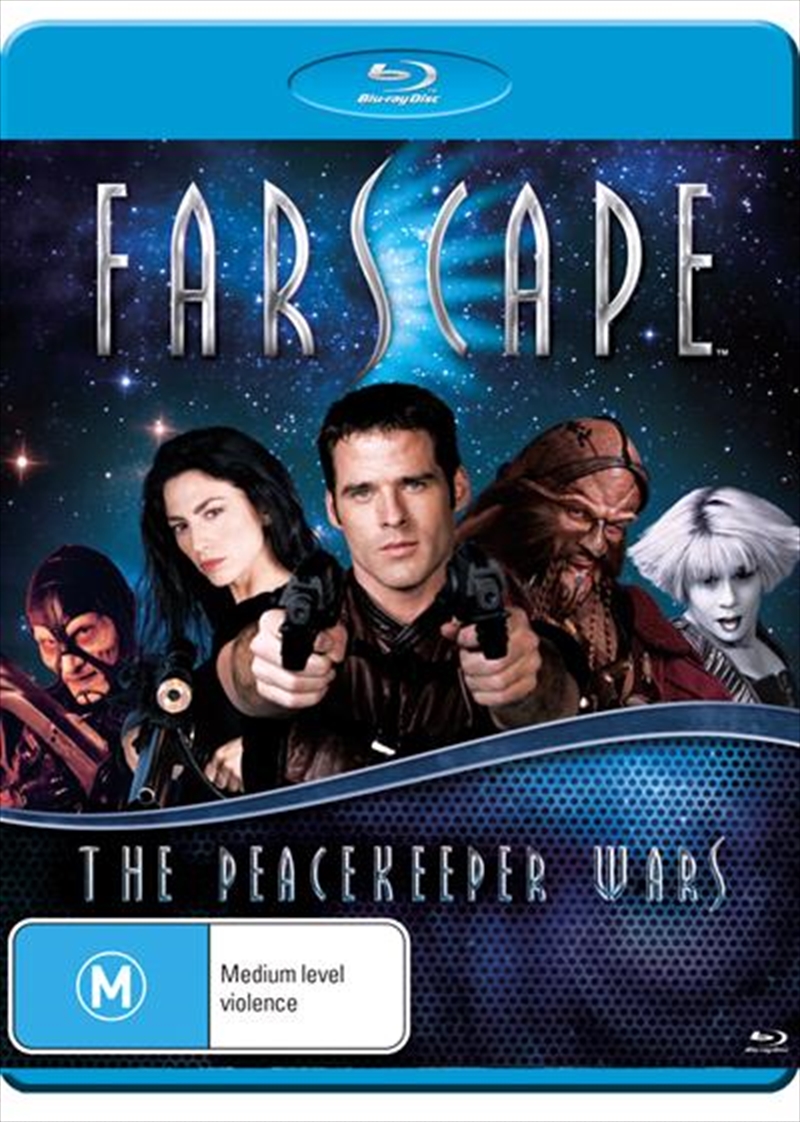 Want to click and collect? Check store availability
DESCRIPTION
John Crichton may not have started the war - but only he can end it.

The cult-favorite science fiction series Farscape comes to a close with this 2 part miniseries. The bloodthirsty Scarran Empire unexpectedly declares war against the Peacekeeper Alliance, and the Peacekeepers are forced to strike back with all they have. The Peacekeepers' last, best hope lies in astronaut John Crichton (Ben Browder), an earthling who joined them when he was drawn into a wormhole in space. Can Crichton find a way to lead the Peacekeepers back through the same wormhole before they're destroyed by the Scarrans?
DETAILS