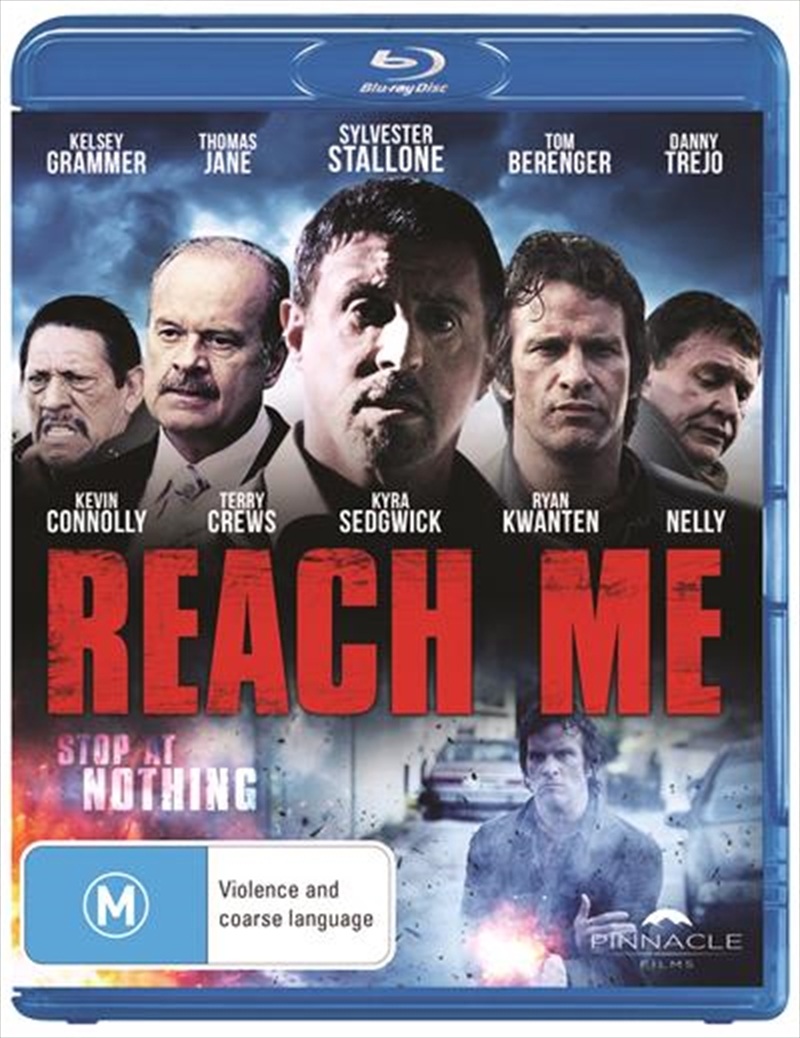 Shipping - See delivery options.
Postcode:
Quantity:
SEE MORE IN:
3 for $20 Movies & More Sylvester Stallone Movies
DESCRIPTION
There's no stopping someone who will stop at nothing!

Led by a stellar ensemble cast, crime drama REACH ME tells interwoven stories from a diverse group of people who are united by one thing; a powerful book from an anonymous and reclusive author. When the book's positive message goes viral, a journalist and his editor, a former inmate, a hip-hop mogul, an actor and an undercover cop are inspired to change their lives by facing their fears.
TRAILER
DETAILS