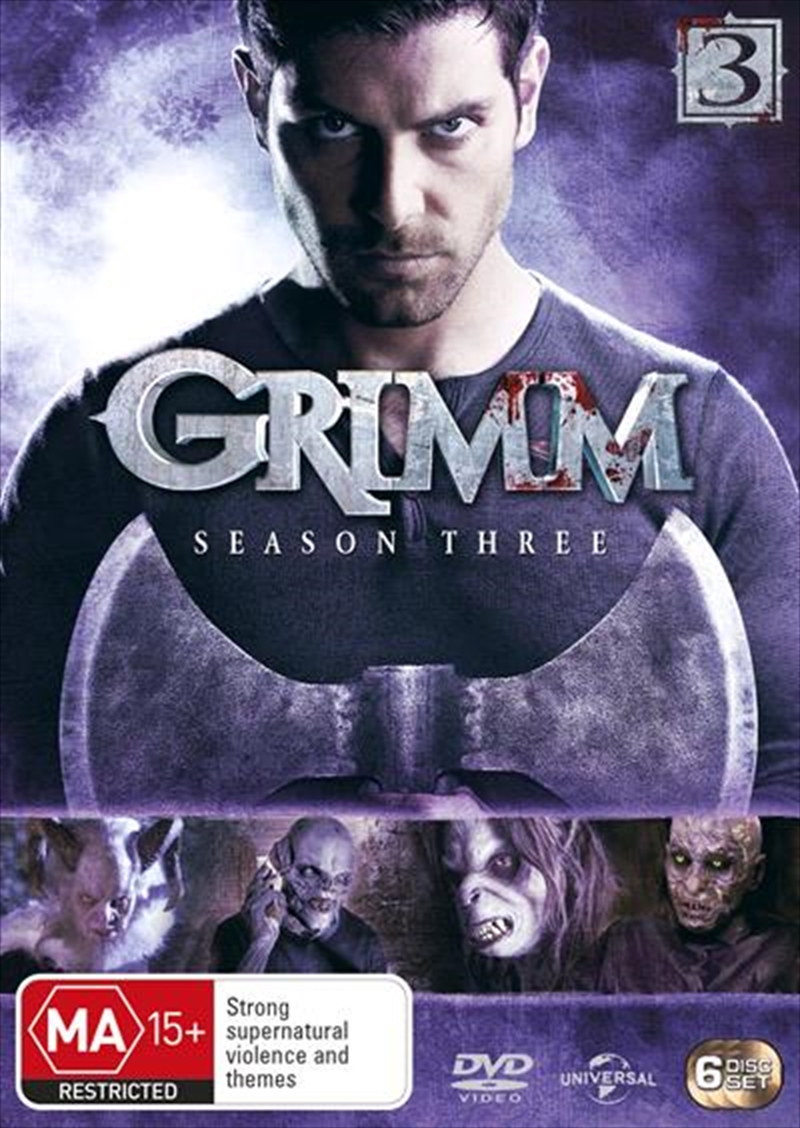 Shipping - See delivery options.
Postcode:
Quantity:
SEE MORE IN:
2 for $40 TV Grimm All 2 for $40
DESCRIPTION
Not your usual suspects.

Detective Nick Burkhardt (David Giuntoli) is a Portland, Oregon homicide detective with a strange secret: he s a descendant of an elite group of hunters who are charged with stopping the proliferation of supernatural creatures in the world. The Brothers Grimm wrote fairy tales that children have adored for generations, but imagine if their villains were real, and Nick was the only one who could stop them. Fairy tales aren't stories...they're warnings.
DETAILS