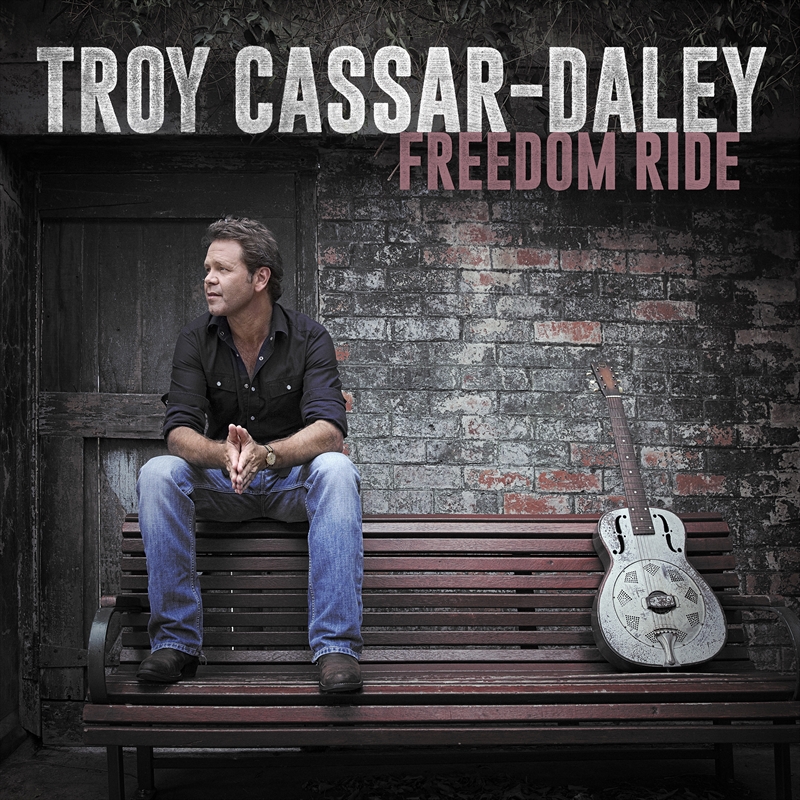 Grafton boy he may be, but Troy Cassar-Daley is a musical nomad. Troy’s entire career has been as nomadic as it has been successful. 25 years has delivered numerous ARIA & APRA awards, 26 Golden Guitars, gold and platinum records and a legion of loyal fans.

Get Troy talking about FREEDOM RIDE, and prepare yourself for a journey, literally as well as musically. If Freedom Ride has a back story, it’s one that stretches back decades, through RSL lounge bars, smokey pubs and beer gardens all the way to the concert hall of the Sydney Opera House. That’s where, night after night, like a kid knocked on his arse by the kickback of Pop’s old shotgun, Troy discovered the power of the classics that had floated through his childhood. Troy’s enduring respect for the great country tunes floats in his rich vocals, sings on the strings of his beloved Strat and Tele. A musical lifetime is the fertile soil, from out of which grew Freedom Ride.

And Troy Cassar-Daley has the hunter’s instinct. He’s a resourceful and irrepressible collaborator who seems to bring the best out in everyone he works with, be they writer, musician or technician. It’s quite a mob. Paul Kelly steps up as vocalist as well as lyricist on the title track ‘Freedom Ride’, Cold Chisel frontman Jimmy Barnes joins Troy for an earthy duet, the blue collared FIFO anthem Two Weeks On Two Weeks Off. The careful craftwork of Peter Denahy and Colin Buchanan is breathed into musical life by the likes of Brent Mason, Biff Watson, Eddie Bayers, Michael Rhodes, Tom Bukovac, Steve Nathan, Bruce Watkins and Larry Franklin.

And, in perhaps the most potent image of all, it’s the summer of 1965 and Charles Perkins is joined by a bunch of young students. They’re winding their way across NSW on a confronting and courageous quest for equality, looking for answers that would take decades to unfold. That are still unfolding to this day.

Take A Walk In My Country

Since You Left This Town

Down To The River To Pray (feat. The Family) [Acoustic]