A To Z Of Jazz 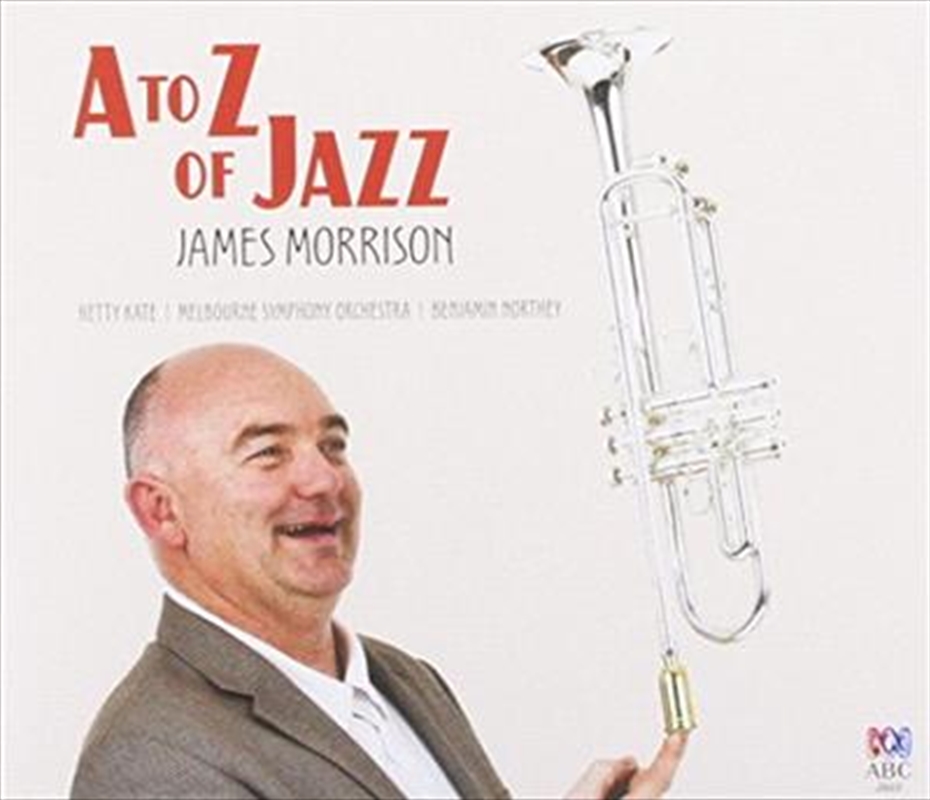 A To Z Of Jazz

DESCRIPTION
Who better to take you on a guided tour of jazz music than James Morrison, one of the finest jazz players of our generation? Morrison is your host for this panoramic survey across two CDs, with each track introduced by the man himself. He takes you on a journey from Dixieland to Bop, from the Birth of the Blues to Birdland – and from Antonio Carlos Jobim to Joe Zawinul. The album features some of the greatest jazz standards by, among others, Hoagy Carmichael, Fats Waller, Miles Davis, Herbie Hancock and Duke Ellington, as well as lesser-known gems from Spencer Williams, Ray Noble and Dizzy Gillespie.

Morrison, in typically virtuosic style, performs on soprano, alto and tenor saxophone, piano, trumpet and trombone. He's joined by the smooth vocals of Hetty Kate and the Melbourne Symphony Orchestra under Benjamin Northey.

Recorded live in concert with all the thrill and dynamism that brings, this is a perfect introduction to jazz for the novice and a treat for the connoisseur.

Now 51, James Morrison's career thus far has been diverse and perhaps not typical of most jazz musicians. He has recorded numerous best-selling albums to international acclaim; performed concerts at the Royal Albert Hall with the London Philharmonic Orchestra; at the Royal Opera House, Covent Garden; for Her Majesty Queen Elizabeth II (on two occasions) and for US Presidents Bush & Clinton at Parliament House in Australia. In 1997, James was recognized for his service to the arts in Australia and awarded a medal of The Order of Australia.

Title: A To Z Of Jazz

Dizzy Gillespie - A Night In Tunisia

Ray Henderson - The Birth Of The Blues

Duke Ellington - Don't Get Around Much Anymore