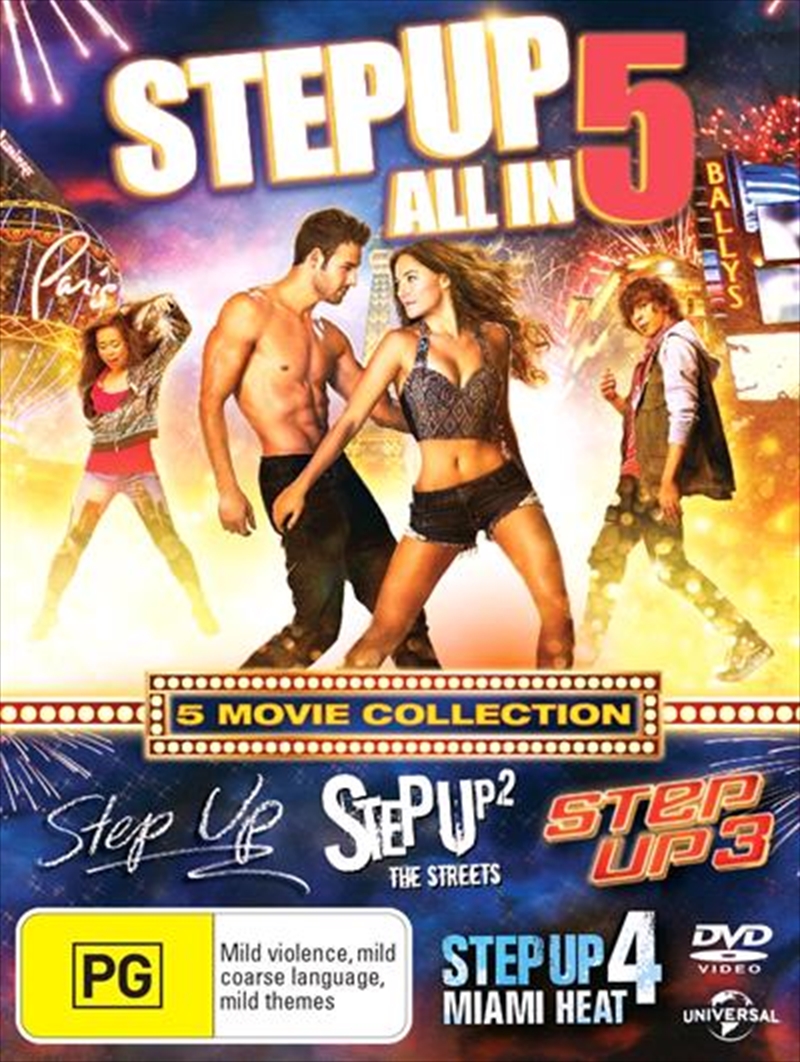 Shipping - See delivery options.
Postcode:
Quantity:
SEE MORE IN:
Ballerina Bingeworthy Boxsets Movie Collections
DESCRIPTION
Contains:
1. STEP UP (2006) - He's a defiant rebel from the wrong side of Baltimores tracks. She's a privileged dancer from an elite performing art school. Their worlds couldn't be more different but when their fates collide, the sparks between them fly, igniting an exhilarating hip-hop-fuelled fairy tale about making your one shot at an improbable dream come true.
2. STEP UP 2: THE STREETS - The follow-up to the smash hit STEP UP is an electrifying tale of bodies, hearts and dreams in motion.
3. STEP UP 3 - The filmmakers of the hit STEP UP and STEP UP 2: THE STREETS movies reunite to bring you STEP UP 3. Urban street dancing goes global in an electrifying new story with mind blowing dance moves.
4. STEP UP 4:MIAMI HEAT - STEP UP 4 is the next installment in the worldwide smash Step Up franchise, which sets the dancing against the vibrant backdrop of Miami.
5. STEP UP ALL IN - One of the most popular dance franchises in film history takes competition to astonishing new heights in Step Up All In. Miami street dancer Sean Asa (Ryan Guzman) moves to Hollywood with visions of fame and fortune, only to discover the almost insurmountable odds of making it in the professional dance world. But when the new dance crew he forms with the beautiful and headstrong Andie West (Briana Evigan) reaches the final rounds of a high-stakes reality TV competition in glittering Las Vegas, he has a shot at finally making his dreams come trueif he can set aside old loyalties and long-time rivalries and just do what he loves most: dance.
DETAILS