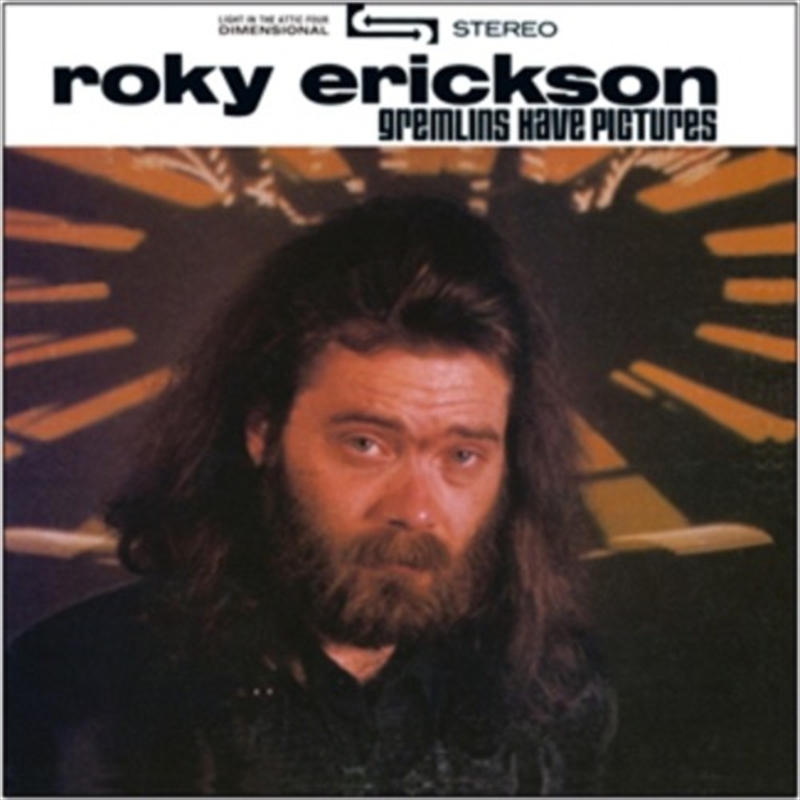 Shipping - See delivery options.
Postcode:
Quantity:
SEE MORE IN:
Vinyl Gremlins
DESCRIPTION
Limited 180gm vinyl including bonus seven inch single. By 1986, Roky Erickson's career had endured twists, turns and a late-period purple patch marked by incredible music and self-destructive behavior. The Evil One (LITA 097) broke him out of the indie underground and Don't Slander Me showed off his rock 'n' roll sensibilities. But Erickson was difficult to manage ? and patience was running out. "I'd given up after the second album,? Erickson's then-manager, Craig Luckin, has said. ?I had enough.? Yet a third album ? arguably his best ? was to be found, if not created. Gremlins Have Pictures is an anthology of Erickson's solo work following his extended incarceration at the Rusk State Hospital for the criminally insane, beginning with his first live performance (opening for a screening of the Texas Chainsaw Massacre in Austin) all the way to Don't Slander Me (LITA 098). The core member of 13th Floor Elevators, and an undisputed pioneer of psychedelic rock, Erickson struck big with the howling single 'You're Gonna Miss Me'. ?Any kid that played music in the Houston area would tell you the Elevators ruled,? says Erickson's future drummer Freddie Krc in the liner notes. ?Unlike the West Coast groups, they were our band.? But Erickson's '60s dream came to an abrupt end when he was caught with a single marijuana joint on his person. Pleading not guilty by reason of insanity to avoid prison, he was sent to the Rusk State Hospital, where he was 'treated' with electroconvulsive therapy and Thorazine treatment. Released from the institution in 1974, Roky found his legend had grown while he'd been away ? not least because 'You're Gonna Miss Me' was included on 1972's Nuggets compilation. He formed a band, the Aliens, and set about honing a hard rock sound that placed the psychedelic garage blues of the Elevators firmly in the last decade. It wasn't just the sound that had changed: Roky's lyrics spoke of vampires, demons, beasts and even presidents ? his 'Song To Abe Lincoln'. Collected here, the odds and ends of Erickson's post-incarceration work tell a story of a man finding his musical feet, ranging from Dylan-like folk strumming to the big, Neil Young-like rock of the unparalleled 'Anthem (I Promise)'. The span of time is great ? from The Ritz Theatre tracks, recorded in Austin in 1975, at the debut performance by The Aliens, to those troubledDon't Slander Me off-cuts. Other tracks were cut with the Explosives, the band Roky started working with at Raul's punk club in Austin after he'd returned to Austin in 1979, following the departure of the Aliens. Together the various tracks deftly summarize Roky Erickson's recording career. Following reissues of The Evil One and Don't Slander Me, Gremlins is now brought back to life by Light In The Attic Records. This is a chance to pick up a missing jigsaw piece in the history of American rock 'n' roll in deluxe packages. Don't let it pass you by.
DETAILS

Night Of The Vampire

I Have Always Been Here Before

Before In The Beginning