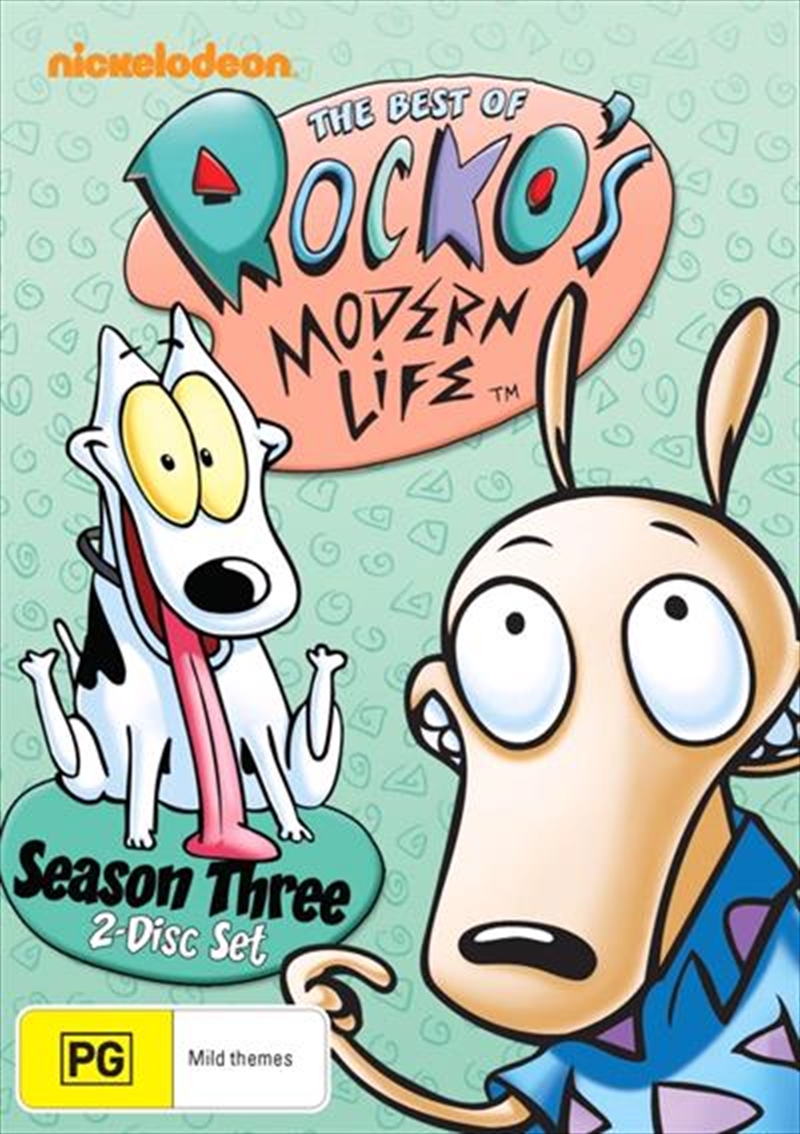 DESCRIPTION
One of the best cartoons of nickelodeon's "golden age"

Check out the Season Three of Rockos Modern Life, featuring ?? wacky misadventures of Rocko and his pals - Heffer, Ed, Filbert and Spunky the dog! Its not only modern life, its hilarious, too!Your favourite wacky wallaby is back in O-Town! Rocko suspects Bev Bighead has killed off her husband, Ed, and has his kitchen destroyed by a government satellite just before his big party. Heffer discovers his talent for burping, and accidentally kills Filburts bird when he misunderstands the meaning of bird-sitting! And Filburt finally pops the question to Dr. Hutchinson. Its a pouch full of laughs, as Rocko attempts his transition into modern life!Created by Joe Murray (Camp Lazlo, Frog In A Suit) and starring Carlos Alazraqui (CatDog), Tom Kenny (SpongeBob SquarePants), Mr. Lawrence (Spongebob SquarePants) and Charlie Adler (Aaahh!!! Real Monsters).Bonus Feature:- Selected Scene Commentary by Creator Joe Murray
DETAILS