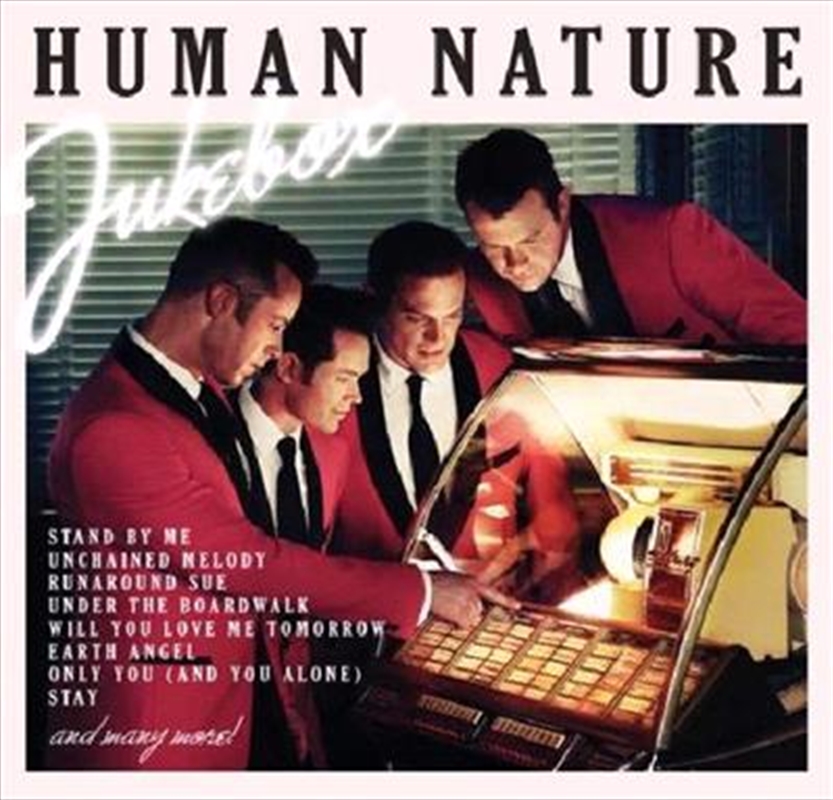 No one does the hits quite like Human Nature. The Australian-raised, U.S.-based vocal group has enjoyed a prolific and enduring career. Their new studio album, JUKEBOX, set for release on Friday October 24th.

On JUKEBOX, the four-piece takes a trip back to the glory days of popular music -- the hits of ‘50s and ’60, when the Jukebox was THE party-starter. It’s a selection of works which shaped popular culture, of good times embedded into music. The track list includes covers of standards ‘Under The Boardwalk’ and ‘Unchained Melody’, ‘Wonderful World’, ‘Stand By Me’, and the singalong fun that is ‘Little Bitty Pretty One’, all done in Human Natures’ inimitable style.

JUKEBOX is much more than just a hits set. For Human Nature, it’s a milestone recording. It’s the band’s 11th studio album and its release will mark a quarter century since Human Nature formed. JUKEBOX was produced by David Pierce (Michael Buble) and fellow Canadian music man Bob Rock (Aerosmith, Bon Jovi, Michael Buble) was on board as Executive Producer. JUKEBOX was recorded in L.A., Calgary, Toronto and in Human Nature’s adopted home of Las Vegas.

Will You Love Me Tomorrow

Only You (and You Alone)

I Only Have Eyes For You