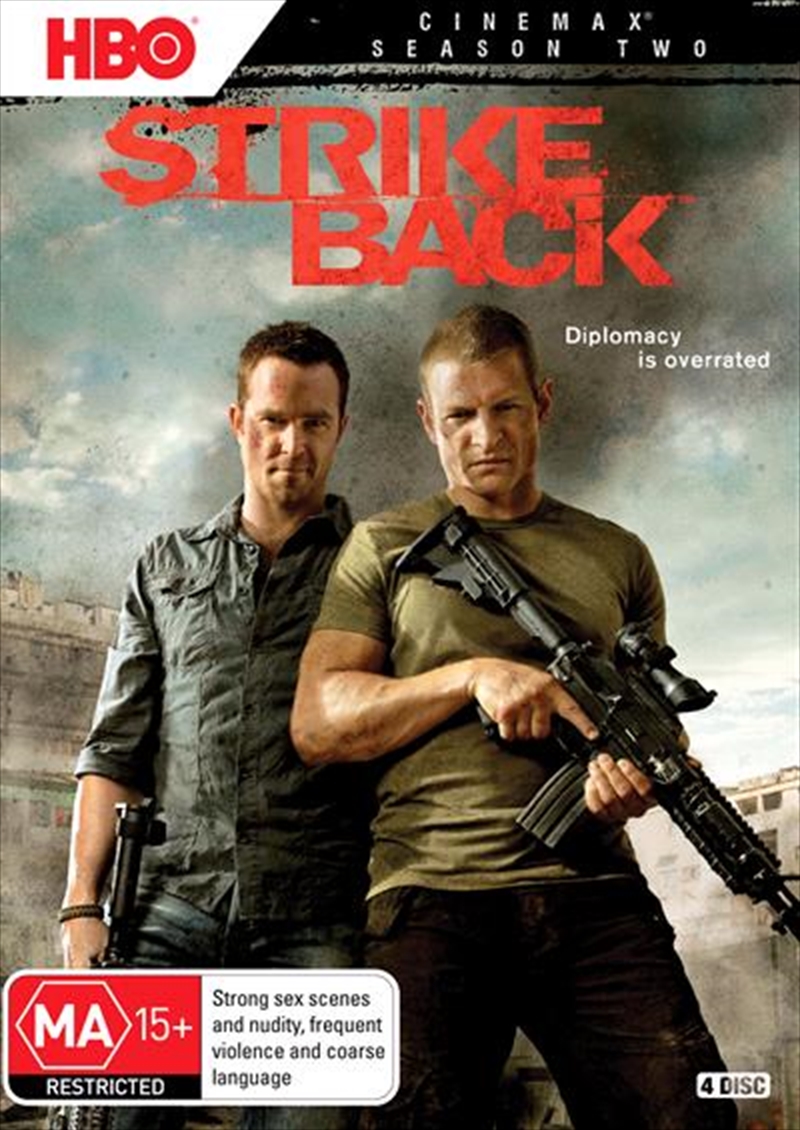 The actions of 'Section 20', a secretive unit of British military intelligence. A team of special operations personnel conduct several high risk missions throughout the globe. A high-octane, globe-spanning thriller with storylines ripped from todays headlines, Strike Back is a one-hour drama focusing on two members of a top-secret British anti-terrorist organization known as Section 20: Michael Stonebridge (Philip Winchester), a married Brit who has moved from field work to training recruits as Season 2 opens, and Damien Scott (Sullivan Stapleton), a U.S. Delta Force operative, discharged on the eve of the U.S. invasion of Iraq, who made the most of his second chance to help Section 20 bring down an international terrorist last season. Again co-produced by Cinemax and the U.K.s Sky TV, the ten Season 2 episodes (47 min. each) follow Stonebridge, Scott and new boss Rachel Dalton (Rhona Mitra) as they scour Africa in pursuit of a fresh covey of criminals, each vying for possession of a box of valuable nuclear triggers that could launch Armageddon if they fall in the wrong hands.