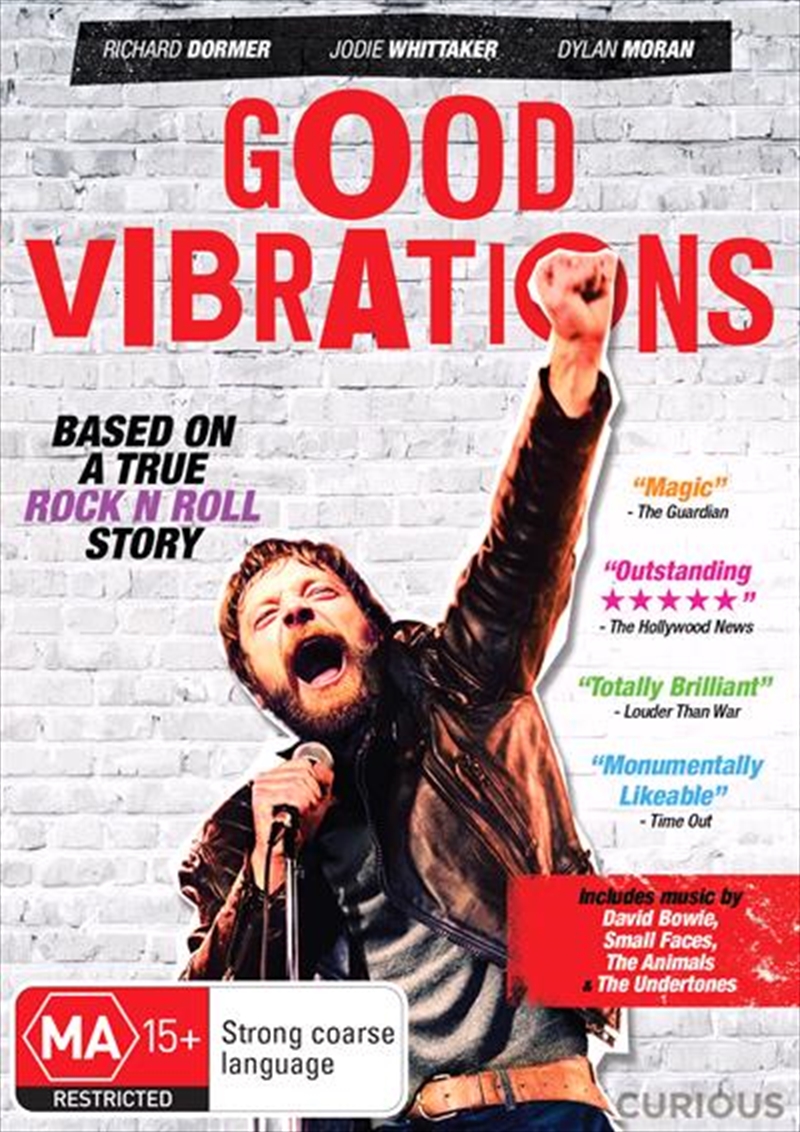 Terri Hooley is a radical, rebel and music-lover in 1970s Belfast, when the bloody conflict known as the Troubles shuts down his city. As all his friends take sides and take up arms, Terri opens a record shop on the most bombed half-mile in Europe and calls it Good Vibrations. Through it he discovers a compelling voice of resistance in the citys nascent underground rock scene.