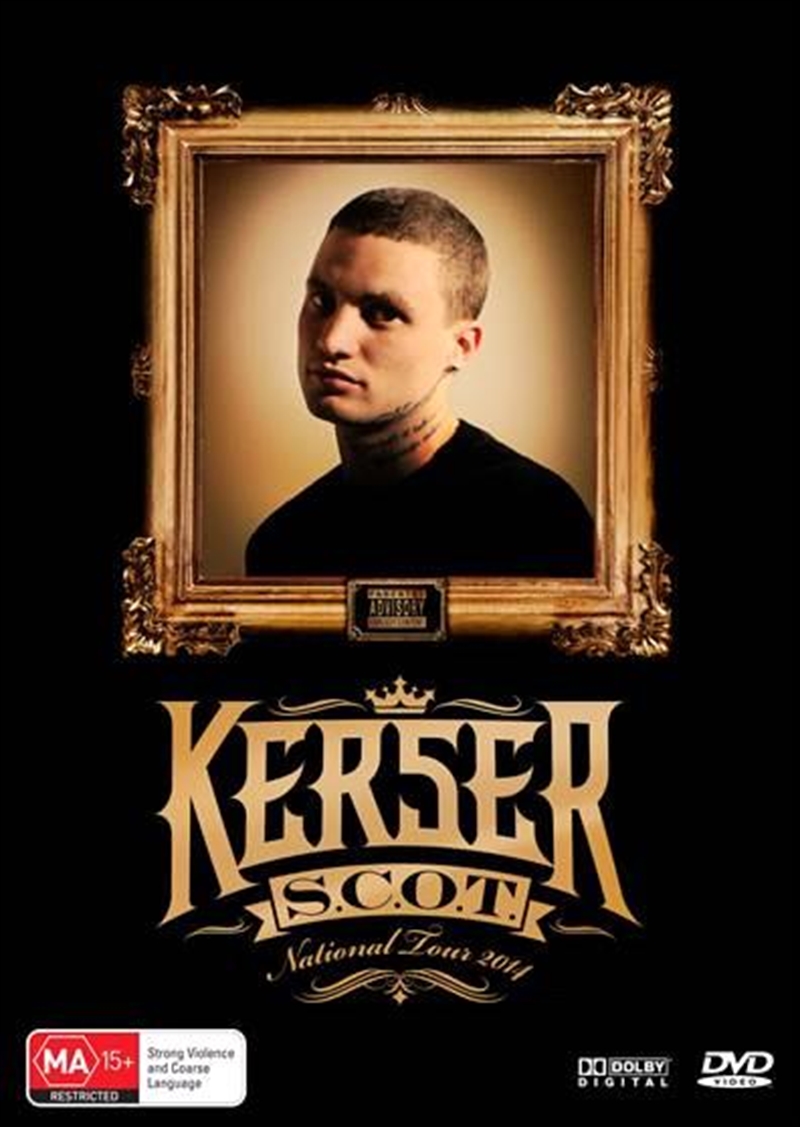 From amidst the hard-living notoriously crime ridden suburbs of Sydney’s outer west, an epitomizing voice has emerged in the form of Kerser.

Following the success of chart topping No Rest for The Sickest National Tour 2013 DVD which slammed P!nk and hailed #1 place on the ARIA chart week of release, comes the highly anticipated second instalment in the Kerser DVD series, S.C.O.T National Tour 2014.

With up close and personal behind the scenes footage as well as high powered performances captured in the countries capitals, we take a journey with Kerser as he’s joined by fellow mate and hype man Jay (UF), DJ Victor Lopez, as well as close brother and fellow hype man Rates. For fans this is a chance to relive the experience all over again, for those new it’s an introduction to an energetic and truly inspiring performer.