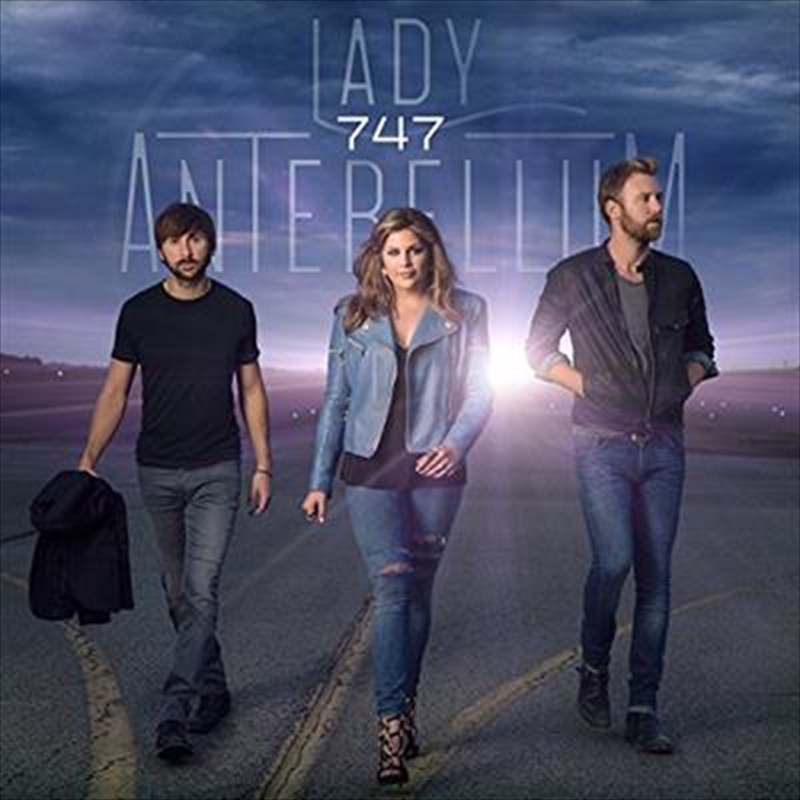 Shipping - See delivery options.
Postcode:
Quantity:
SEE MORE IN:
2 for $40 Music Lady Antebellum All 2 for $40
Seven-time GRAMMY winning trio Lady Antebellum are set to release their fifth studio album '747' on October 3. The album’s sultry lead single “Bartender” is already soaring up the country charts to become one of their fastest rising singles. Nathan Chapman co-produced the 11-song disc with Lady A for the Capitol Records Nashville release.

“We unanimously knew that our album title had to be 747,” said Lady A’s Hillary Scott. “The track itself has this pushing, driving spirit about it that sums up our attitude right now. We are pushing ourselves as a band and as songwriters…taking ourselves out of our comfort zone and not taking ourselves too seriously. There's an urgency and an energy to it that we've never released before."

“We are so ready to get this music out,” continued Charles Kelley. “To get the reaction we’ve gotten from ‘Bartender’ has only made us more fired up about the rest of these songs!” “We had the opportunity to write with some new songwriters and really dig for outside songs that were songs we wish we’d written,” added Dave Haywood. “As we took them into the studio, we changed our approach and challenged ourselves to try some new things that were outside of what we’d done before."

Sounded Good At The Time