From Dusk Till Dawn - Season 1 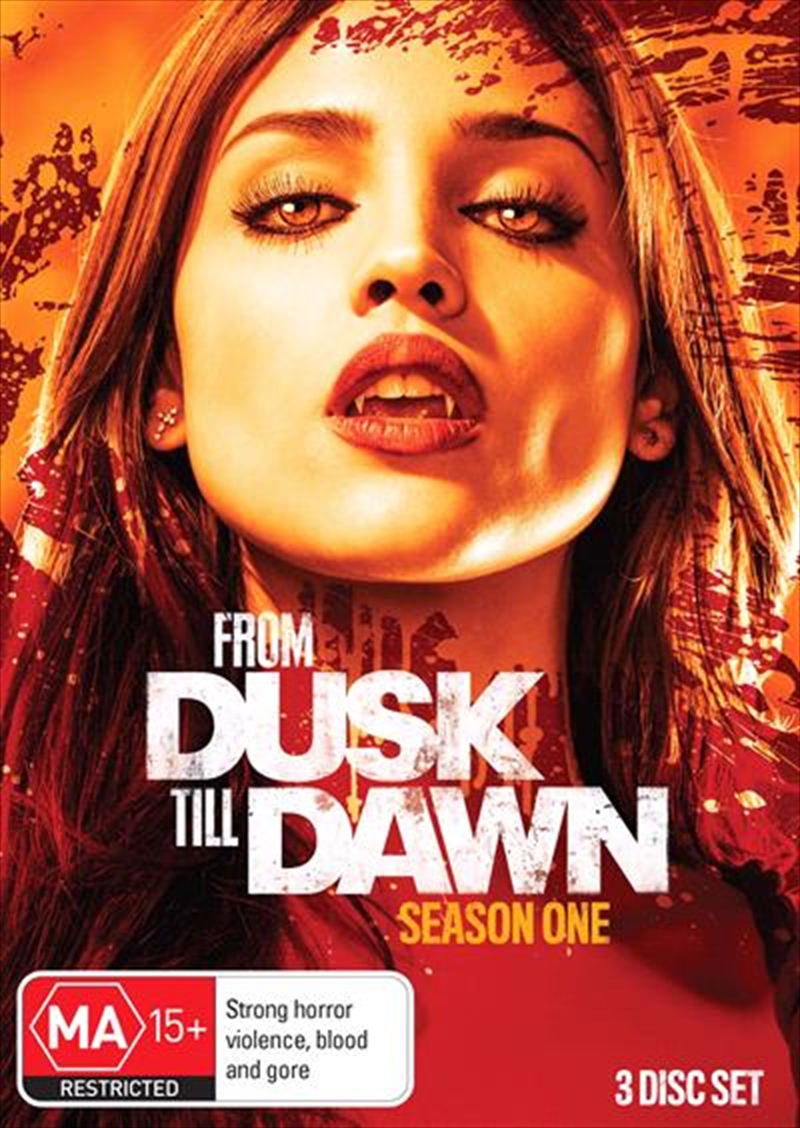 From Dusk Till Dawn - Season 1

Shipping - See delivery options.
Postcode:
Quantity:
SEE MORE IN:
3 for $40 TV
DESCRIPTION
Seth Gecko and his violent, unpredictable brother, Richie, are wanted by the FBI and Texas Ranger Freddie Gonzalez after a bank robbery left several people dead. Heading for the Mexico border pursued by Gonzalez, the Geckos encounter former minister Jacob Fuller and his family, whom they take hostage by commandeering the Fuller's RV. Drug lord Don Carlos reroutes them to a strip club populated by vampires that all must fight until dawn in order to survive.
DETAILS

Title: From Dusk Till Dawn - Season 1